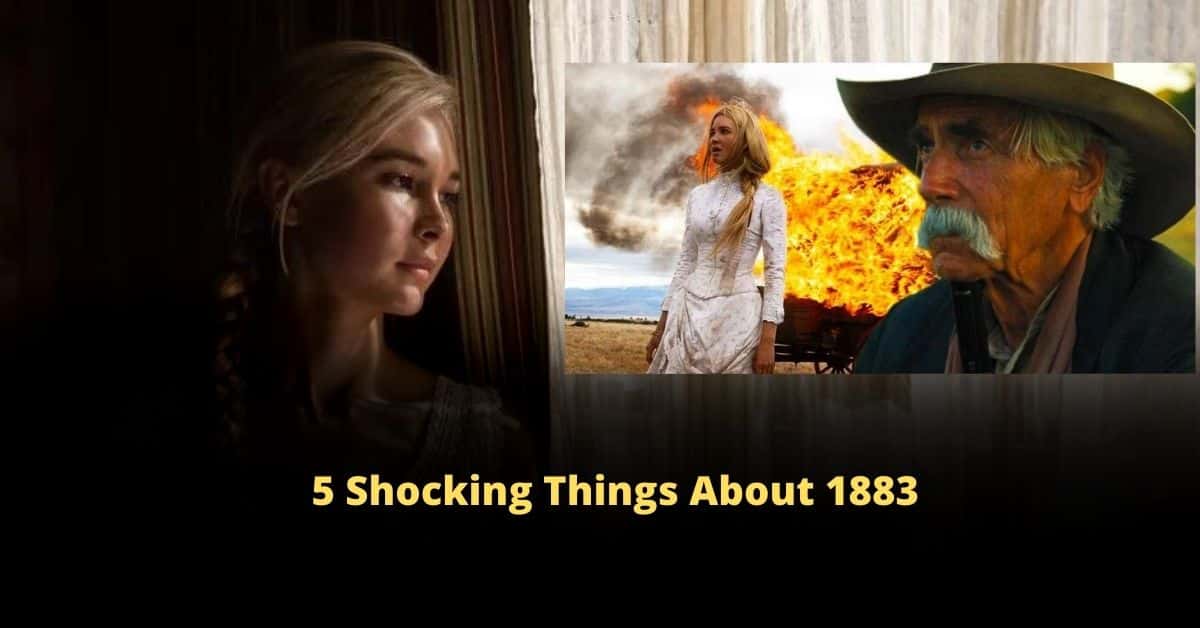 Yellowstone prequel 1883 has grown huge for the audience. With season 1 it has already occupied a special place in the hearts of the fans.

Though the show creator, Taylor Sheridan has been weaving more western series on the outlines of Yellowstone, the fans are craving to see their favorite characters back in 1883 season 2.

But, sadly there won’t be a season 2. However, the first season has a bunch of scenes or elements that hint at something huge dropping in the future. So, today, Sassyshows is here with a list of the top 5 shocking things you never knew about the 1883 series.

The 1883 series has some really cool cameos. While many of the cameo roles impressed the fans, one secret cameo may have missed your eyes. The secret cameo is of the Yellowstone creator Taylor Sheridan himself.

Taylor pops up in the story in 1883 episode 7 as Charles, a classic cowboy. With a change in look and added beard many fans may have missed the cameo.

While Elsa Dutton is the face of the 1883 series, the character of Sam Elliot is also one of the reasons for the wild success of the show. However, in an interview, Elliot revealed, “I knew right away there was no way that I was not going to do this project. I had a lot of reservations for different reasons. Most of them were physical, but there was no doubt in my mind that I was going to do this.”

The Most Important Cast Member

Hands down! The 1883 series comprises a royal cast which added extra spice to the show. Every cast member has delivered the best of their career making the show a hit. However, one casting that Taylor Sheridan demanded Paramount to make was Isabel May.

Sheridan even said, if Isabel May will not be cast in the series, he will be walking out of the project. When interviewed, Sheridan revealed that before meeting Isabel he was a bit speculative about the writer’s block. However, when he saw Isabel May’s audition, the whole plot of 1883 suddenly fell into place. So, Isabel May was then officially cast as Elsa Dutton and we all know she is the main reason behind the 1883 series getting so much love from the fans.

Though Taylor Sheridan had picked the most talented and well-known cast members for his 1883 project, the actors had to prove their grip on the parts. They were dragged into a special cowboy camp, which demonstrated the physical requirements for the actors to play their respective roles. The camp helped the actors to grasp skills like horse riding and more to ensure that their performance is up to mark on the screen.

Reframing The Scenes Of The Wild West

Authenticity is one of the major factors that helped the 1883 series to claim so much success. So, for the sake of authenticity, the whole blocks of ranches were changed into period-accurate locations, including many historical areas.

Have we missed any more hidden details about the 1883 series? Tell us in the comment box.