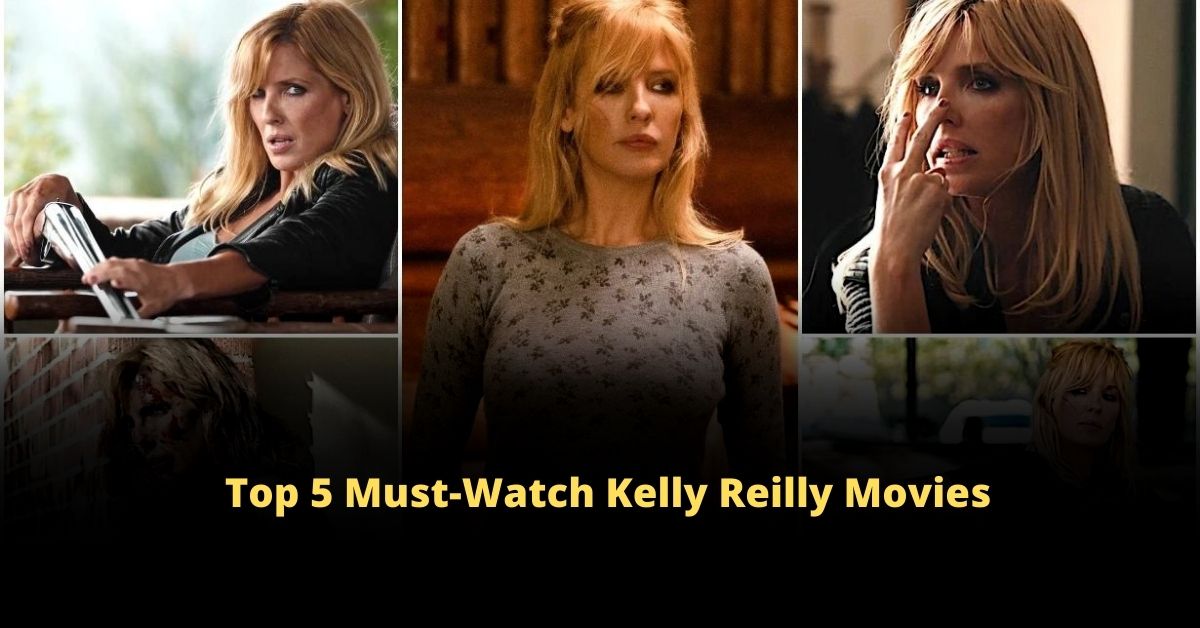 Kelly Reilly has reached the apex of popularity with her insane performance as Beth Dutton in Taylor Sheridan’s western drama venture, Yellowstone. So, with the English actress winning the hearts of the fans, they are definitely dying to see Kelly in new avatars.

So, today, Sassyshows has picked the top 5 Kelly Reilly movies that are must-watch for the die-hard fans of the actress.

The Yellowstone star, Kelly Reilly has put a humongous list of movies and shows that feature her incredible acting talent. With her mind-boggling performance in a bunch of films and shows, she had created a buzz in the industry.

The spark of her stardom ignited back in 2009 when she got her hands on the Laurence Olivier Theatre Award as the best actress in stage production named After Miss Julie. With no formal acting training, Kelly showcased her best and won the hearts of millions of viewers. She quickly climbed the ladder of stardom to establish herself as one of the most prominent actresses in the industry.

So, for the readers who were dying to get their hands on the top 5 Kelly Reilly movies, here is the complete list –

When it comes to the best Kelly Reilly movies, the first name that pops out is the classic 2014 film, Calvary directed by John Michael McDonagh. The story revolves around Brendan Gleeson’s character, a good-hearted priest as he wrestles with a spiteful community after he gets a death threat.

Featuring popular names like Kelly Reilly, Walsh Chris, Brendan Gleeson, Isaach de Bankole, and more, Calvary was one of the most successful Irish movies of 2014.

Hunting for the perfect comedy-drama to watch this weekend? Why not tune into a masterpiece of Kelly Reilly?

Russian Dolls is one of the best Kelly Reilly movies which served as a sequel to L’ Auberge Espagnole (2002). The movie was written and directed by none other than Cedric Klapisch. With a Rotten Tomatoes score of 72% and an IMDb rating of 7/10, this movie is a must-watch for Kelly Reilly fans.

Want to witness Robert Downey Jr. and Kelly Reilly together on-screen? The 2009 edition of Sherlock Holmes will satisfy your desires. Kelly Reilly plays the role of Mary Morstan in Sherlock Holmes. With an IMDB rating of 7.6/10, the movie will take you into an amazing adventure of thrill, action, and suspense.

If you are a fan of Kelly Reilly after watching her in the Yellowstone series, there is much more to explore in their acting career. But if you have not yet watched her amazing performance as Beth Dutton in the western drama, you are definitely missing out on jaw-dropping entertainment.

Yellowstone is one of the masterpieces weaved by Taylor Sheridan. With a Rotten Tomatoes rating of 75% and an IMDb rating of 8.4/10 stars, it is one of the best western works ever produced.

At number 5 on the list of the top Kelly Reilly movies come her best work till date, Pride and Prejudice. It is one of the biggest romantic comedy movies ever created. The story is loosely inspired by a novel curated by Jane Austen. It’s an astonishing setting of the Georgian era and the plot revolves around a Royal English family with five daughters.

So, which is your pick from the list of best Kelly Reilly movies for this weekend? Tell us in the comment section. Happy Watching!

6 thoughts on “Top 5 Must-Watch Kelly Reilly Movies! Get Ready To See The Yellowstone Star In A New Avatar”