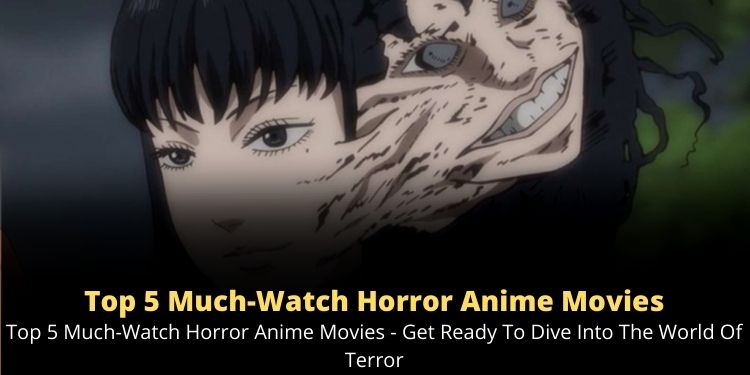 While most anime surrounds superheroes with mighty abilities battling with villains, horror anime is something that breaks the thin line of reality. Horror anime movies or shows include a wide array of super-scary and peculiar characters who possess strange abilities.

They can stretch their bodies, bent them, and come up with tons of methods to stun the audience and drive them to the world of terror.

Horror animes like Camp Crystal Lake or Vampire Hunter D have amazed the fans for a prolonged period of time. So, if you are keen to step into a world of super scary creatures or experience a thrilling zombie apocalypse, here are the best horror anime movies to watch –

Memories is one of the super-thrilling sci-fi horror anthologies coming from the bucket of Katsuhiro Otomo, the man who delivered masterpieces like “Akira.”

The first story titled, “Magnetic Rose” revolves around two engineers who get to an abandoned spacecraft, which carries the deadly mystery of the vessel’s core.

#4 The Empire Of Corpses

The Empire of Corpses is one of the top-rated anime horror movies that received an insane response from the masses. The story is based on the popular novel curated by Project Itoh and comes with the same name.

How about streaming a horror anime movie loaded with bloodbath and gore? This 48-minute movie is the perfect blend of thrill, action, and horror. The story revolves around Saya, who is on the mission to murder Teropterids.

Fans we have a double dose of entertainment as there are two Vampire Hunter D movies. The first one was released in 1985. However, later we got an improvised version in 2000. While the first one is insane, the fans liked the second one due to its improved animation.

Perfect Blue is one of the flagship psychological thrillers that received an insane rating from the audience. The story is picked out from Yoshikazu Takeuchi’s popular novel that follows Mima, the lead singer of CHAM, a girl group.