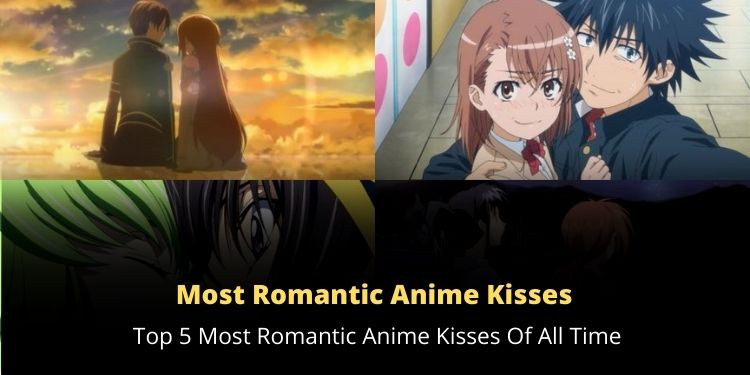 All anime fans, Sassyshows is here with the top 5 most romantic anime kisses of all time. So, here are some sizzling hot moments –

The wait for many anime fans may be torturous since some of the most famous ships might take a long time to reach that starry-eyed moment.

Because the producers have taken the time to build up individual character development as well as the pairing’s romance, these historic kissing sequences are well worth the wait.

5 Most Romantic Anime Kisses Of All Time

Hinata reveals her affections to Naruto in a stunning change of events, risking her life to shield him from Pain. Years pass, and the film The Last Naruto Movie ultimately reunites the two, putting Hinata in the spotlight and deepening her connection with Naruto.

The beautiful moonlit kiss at the conclusion is the right way to bring Naruto’s narrative to a finish, despite some hiccups along the way.

When Yuuri experiences a moment of weakness in episode seven, viewers are drawn into the drama and cheer for him to make an incredible return, which he achieves to a rapturous ovation from his audience and a surprise present from his coach.

Yuuri and Victor enjoy their first kiss in celebration of Yuuri’s achievement, which gets the audience shouting, both in the anime and in real life.

Despite the fact that their lives get rather hectic by the conclusion of the anime, they have the impression that everything will be OK since they have one other.

When Taiga and Ryuji finally realize their true feelings, they enjoy their first truly romantic moment when they stage a faux wedding rehearsal. The lovely innocence of their first love, along with their obvious enthusiasm for one another, made for a memorable first kiss.

At the end of the series, Inuyasha loses control of his demon powers. In order to soothe Inuyasha’s bloodlust, Kagome gives him their first kiss, which serves to move him away from his destructive path. After returning to his normal condition, Inuyasha kisses Kagome again to match his sentiments with hers.

#5 Takeo And Rinko (My Love Story)

With the protagonist Takeo Gouda, manga author Kazune Kawahara shakes up the shoujo romance genre. Takeo is smitten by Rinko, who he doesn’t realize is as smitten by him.

He attempts to set her up with Makoto for a long time, deferring his own love story, but when he learns of her sentiments and embraces his own, they have their first kiss amid the peaceful beauty of snowfall.