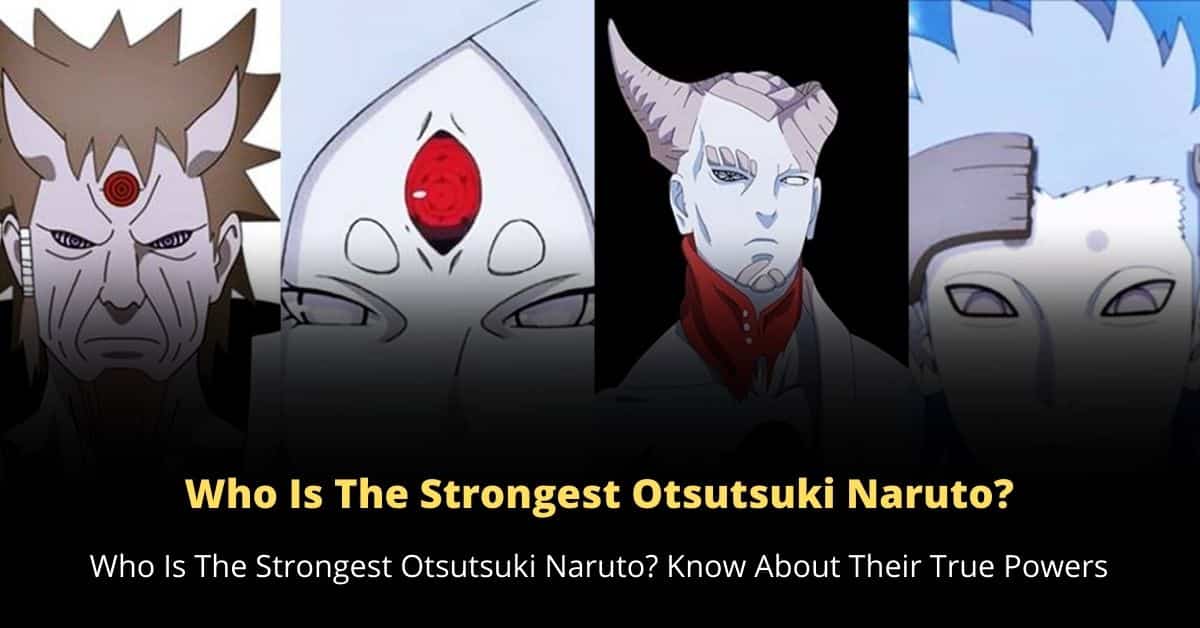 Who is the strongest Otsutsuki Naruto? Here is everything we know.

The Otsutsuki clan is by far the most powerful clan introduced in the Naruto series. They regularly amass power by utilizing the power of the Ten-Tails and the Chakra Fruit of the Divine Tree.

These great powers could only be described as immeasurable when they were first introduced to the series. Here are some of the most powerful Otsutsuki in shinobi history, along with where their power derives from and who might be the strongest.

In the original Naruto series, Kaguya was unquestionably the most powerful character introduced. Eating the Chakra Fruit of Earth’s Divine Tree gave her godlike abilities. She was nearly unstoppable when Naruto proper was introduced to her.

Just to seal her, it needed the combined efforts of the original Team 7, Obito, and the soul of her son Hagoromo. Her theoretical finest as the Mother of Chakra would be more powerful than any ninja on the planet.

In Boruto, Momoshiki was revealed to be the true reason for Kaguya’s desire for so much power. Momoshiki was already powerful, but by swallowing his partner Kinshiki, he was able to further enhance himself.

To defeat his new form, Naruto and Sasuke had to work together; while it’s never stated explicitly, many fans believe these two have grown strong enough to fight Kaguya. His physical appearance makes him appear powerful, but his on-screen performance obscures his genuine potential.

Unlike the other tsutsuki, Isshiki’s abilities are highly restricted. He and the lower-ranked Kaguya landed on Earth with the intention of sacrificing her to the Divine Tree and eating the resulting Chakra Fruit, but Kaguya turned on him and left him for dead.

Despite his flaws, Isshiki was still the most powerful Otsutsuki Naruto to date. In two-on-one combat, he defeated Naruto and Sasuke. Naruto’s purpose in beating him became stalling him out until his body perished, which necessitated Kurama’s sacrifice. It’s terrifying to consider what Isshiki would look like in peak condition.