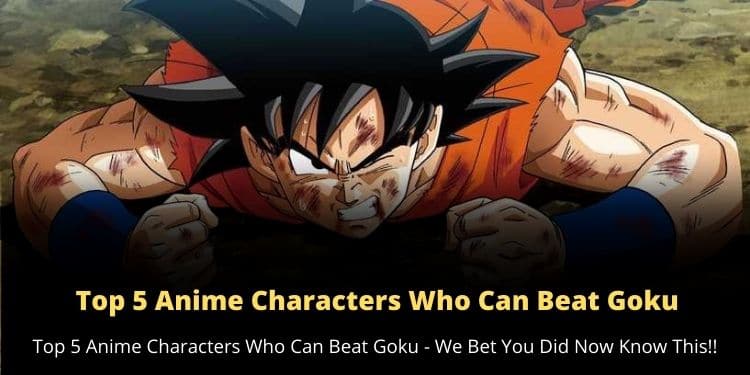 We all know Goku is insane in terms of powers. So, who can beat Goku? Is it Vegeta or anyone else? Here is everything we know.

The anime world is loaded with superheroes with insane physical strength and magical abilities. When it comes to the most powerful anime heroes, one name that hits the minds of most of the fans is Goku.

Goku is a Saiyan from the Dragon Ball franchise, who was initially sent to Earth to destroy it. However, eventually, he ended up being one of the greatest anime heroes of all time.

But is he the strongest anime superhero we have? Definitely not. There is always a hot debate among the fans on who can beat Goku? So, today, Sassyshows is here to answer the trending question – Which anime character can beat Goku? Here is everything we know.

Hands down! Goku is one of the strongest anime characters. He has defeated tons of villains who were capable of turning the world into ashes. So, considering the immense powers of Goku, there are only a few anime characters who can beat Goku.

So, here is the list of all anime characters who can overpower Dragon Ball Son Goku –

Ryuk is one of the scariest characters in the anime world. He is a shinigami from Death Note who possesses a bag full of magical abilities. Though his powers are not something terrible and it may look like Goku is far more powerful than Ryuk, being a shinigami gives the latter an upper hand.

As Ryuk is a true shinigami, it implies that he would have to just jot down the name of Goku in his Death Note, and boom, the Dragon Ball Saiyan will be finished.

Truth is omnipresent, omnipotent and omniscient. He is incredibly powerful, and he possesses the ability to shatter the atoms of Son Goku’s body throughout space and time.

Saitama is one of the strongest protagonists in the anime world. He possesses the power to defeat anyone with just one punch. Though Saitama’s winning chances against Goku’s Ultra Instinct form is low, he will definitely give a good fight to the Saiyan.

Sagittarius is an insanely powerful character who squeezes out energy from the cosmos. He possesses the powers to summon the Big Bang, which he can easily use to defeat Goku.

The list of characters who can beat Goku is incomplete without mentioning the most powerful entity in Dragon Ball, Zeno. He is the god of all and can erase Goku’s existence within a blink of an eye.

2 thoughts on “Top 5 Anime Characters Who Can Beat Goku – We Bet You Did Now Know This!!”