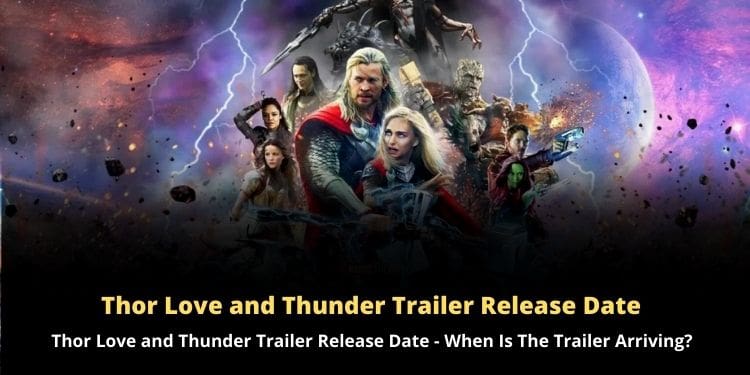 Thor Love and Thunder trailer has been delayed for a long. So, when is the new trailer arriving? Here is all we know so far.

This summer, Thor: Love and Thunder will hit theatres. While we wait for the Thor sequel to hit theatres, we’ve got the scoop on the cast – including some possible A-list appearances and a confirmed Guardians of the Galaxy crossover–as well as the film’s actual release date and who’s behind the camera.

There haven’t been any teasers or trailers published yet, but there have been some leaked set photographs and even a set video that give us a glimpse of what to anticipate from the forthcoming MCU installment. Keep reading to learn all we know about Thor: Love and Thunder so far.

Also Read – Who Is Ironheart Marvel?

Thor: Love and Thunder will be released on July 8, 2022. The movie’s filming has concluded, and Chris Hemsworth verified the news with a behind-the-scenes Instagram set photo. The journey to this point had been long and convoluted, and it was probably best told as a story over a few mugs of mead at one of Midgard’s numerous inns.

But, since there aren’t any tankards insight, you’ll have to make do with this report – and hope Ragnarok doesn’t arrive before the conclusion of the game. Ready? Take a deep breath.

Thor 4 was supposed to be released on November 5, 2021, at the end of Marvel Phase 4. During Kevin Feige’s avalanche of MCU news at SDCC 2019, this was revealed. Things began to alter after that. Because Black Widow was delayed as part of Marvel’s round of coronavirus delays, Thor: Love and Thunder was moved back to February 18.

That is until it was pushed ahead to March 25, 2022, mainly owing to the release date of Spider-Man: No Way Home shifting. It was moved again to May 6, 2022, in December 2020, until a subsequent reorganization of the Marvel release calendar pushed it back to July 8 (hopefully for the final time).

So, are you excited about Thor Love and Thunder trailer? Let us know in the comment section.