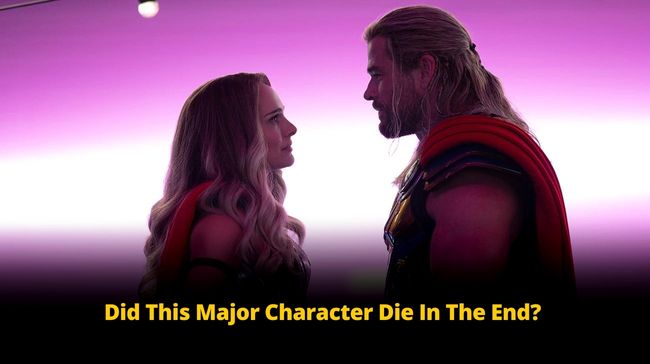 Yes, people, look, we have already warned you. Today we bring to you the super amazing Thor Love and Thunder spoilers that we bet will stun you.

We are sure you won’t expect any bit of it, but still, without making you wait, let’s get going further with Thor: Love And Thunder leaks!

Thor Love and Thunder spoilers— All the love and thundering twists!

Thor embarks on a journey, unlike anything he’s ever faced—a quest for inner peace. But what happened next? His retirement gets interrupted by Gorr: The God Butcher, a powerful galactic killer who seeks the extinction of the gods.

But now, Thor: Love and Thunder, see Jane Foster become Mighty Thor, wielding Mjolnir and fighting beside Thor. But, do you know the end of this time might alter her MCU future: Oh no, what, why, how is it going to happen??

What did the trailer say?

From the trailers, it’s seen that Jane has a Mjolnir hammer, which has a new power. Zeus and Olympia are seen, and also the Gorr killing the Gods.

Also, Jane has cancer, and Mjolnir can help her with the condition. Gorr had suffered, and that’s why he’s out for revenge!

As Jane has cancer, her presence in Asgard will be enough for the Mjolnir hammer to repair itself. Thor’s power will give her strength, thus resulting in her health getting better.

But, on the other hand, the power also drains her while in the human form, speeding up the evolution of cancer.

With Gorr discovering the sword that can kill all the gods, this time, he’s not going to stop.

As a result, Thor, Jane, and Valkyrie will team up to fight against the deadly Gorr. After immense efforts trying to warn Zeus, the latter is mad evil. But the trailer shows that Zeus would capture Thor. Then, Valkyrie will take Zeus’ lightning weapon from him, and they three-fight Gorr!

OMG, what’s going to happen next? No, she can’t die, but who?

Jane is destroying Mjolnir once again to stop Gorr. And she dies as a result! Oh no, this can’t happen. What and Gorr’s daughter is back to life! With Thor and her heading to new adventures: WTF? Yes, this is one of the surprising Thor: Love and Thunder Leaks!

We are so excited to watch the movie, are you too?

It looks like this movie is going to make a lot of fares. What do you think, guys? After reading Thor Love and Thunder leaks, do you think this one will also crush the booking office? Follow us now because if you don’t, you will miss all the exciting news, which we don’t want our lovely audience to skip!

Read More – Thor Love and Thunder Disney Plus Release Date: Get Ready For A Boom!!