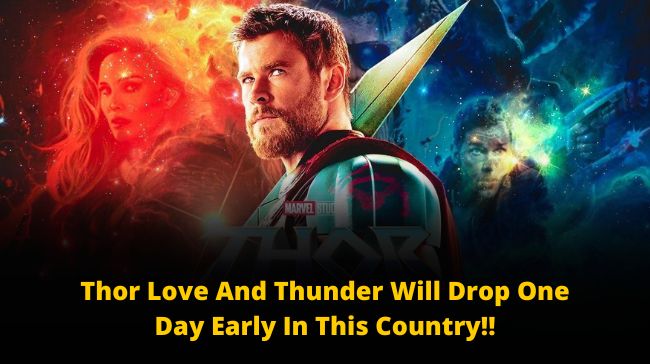 Thor Love and Thunder Will Be Epic!!

With the release of “Thor: Ragnarok” in 2017, the “Thor” franchise was given somewhat of a refresh in the form of a new film.

In the third installment of the Thor film trilogy, Marvel Studios decided to make Chris Hemsworth’s character, the titular God of Thunder, a more humorous character while also making the planet in which he lives a more vibrant and colorful place.

“Ragnarok” was a tremendous hit not just with moviegoers but also with film critics, and it made a tonne of money at the box office.

This success may be attributed to the many outstanding performances that were given, as well as the expert direction of Taika Waititi.

It was quite evident that the general public desired more Thor, and Marvel Studios was more than pleased to comply with this demand.

Thor Love and Thunder’s release date will be as per the scheduled date.

The Taika Waititi-directed sequel to “Thor” will be given the title “Love and Thunder,” and it was confirmed at San Diego Comic-Con 2019 alongside the shocking news dropped that Natalie Portman will return to the Marvel Cinematic Universe as Jane Foster, this time with Mjolnir in hand, alongside Chris Hemsworth, Tessa Thompson, who plays Valkyrie, and other cast members.

In December of 2020, Christian Bale was cast in the role of the primary antagonist, Gorr the God Butcher. The first captivating trailer for the film was released in April of 2022, which added even more impetus to the hype train. The one and only issue is that the fan will still have to spend a considerable amount of time waiting.

Thor Love and Thunder release date has been changed for this country!!

The new Thor movie will be dropped in India, one day earlier, than the rest of the world, i.e., on July 7, 2022. Marvel has officially announced Thor Love and Thunder release date in India on major platforms such as Twitter, Facebook, and Instagram.

On June 3, 2022, the Marvel India Twitter feed announced that an advance screening of the “Thor: Love and Thunder” would take place in India.

Those who live in the nation will not have to hold out until the following day, July 8, to be able to see the highly awaited sequel; rather, they will be able to do so on July 7.