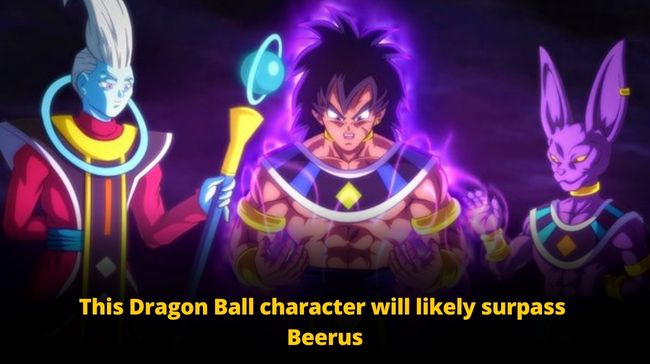 Who is Lord Beerus?

Initially, he slept and was awake after many years with a prophecy. In his dream, he saw that a mighty Saiyan God could compete with him in the power level. So, to find this mysterious warrior, he began his hunt with his companion Whis. His search ended on planet earth, where he met Goku and helped him to elevate to the God level.

According to him, Goku’s Super Saiyan God form matched 60% of Beerus’s power. Since then, many characters have surpassed their power and achieved significant levels.

How strong is Beerus?

At the beginning of Dragon Ball Super, we see Beerus giving the demonstration of power by destroying Planet with the snap of his hands. This clearly shows what level of control Beerus has.

Also, while fighting with Goku, we saw how easily he could beat Goku without breaking a sweat.

After catching an eye with Beerus, even the Great Dragon Shenron suddenly got nervous and greeted him. We were adding one more point in proving the might of Beerus.

If we consider the history of Dragon Ball, Beerus is the most potent warrior we have ever encountered, showing that even a mortal can achieve the power of God.

Which Dragon Ball Super characters are likely to surpass the power of Beerus?

Well, this is a tricky question. For now, we have not seen a single warrior or Dragon Ball Super character who has matched toe to toe with Lord Beerus until the Black Frieza came into the picture.

As we see in the latest chapters, Goku and Vegeta face an old enemy, Gas. Gas was so potent that even in their mightiest form, i.e. Goku Ultra Instinct and Vegeta Ultra ego form, they could not defeat him.

Suddenly, Frieza made an appearance and defeated Gas with a single blow. This put Goku and Vegeta in shock.

Seeing Frieza in all-new Black form has blown their wits. The turning point came when Frieza put Goku and Vegeta to the ground simultaneously and defeated them. In their UI and UE form, Goku and Vegeta faced defeat in a single blow.

Can you believe that? Everyone is now considering Frieza as a  competitor of Beerus and can even take the place of God of Destruction.

How can Frieza surpass Beerus?

Black Frieza gave a good show of his power by defeating Gas, Goku, and Vegeta. This makes him the only contender to beat Beerus.

With just ten years and four months of training in a different time dimension, Frieza achieved the power to level with a God.

Imagine what will happen if he invests more time in training. Soon Beerus may not be able to match him.

So it’s clear that Black Frieza is the only Dragon Ball Super character who can surpass Beerus first. The upcoming chapters of Dragon Ball will be utterly exciting, and fans just can’t wait for it.