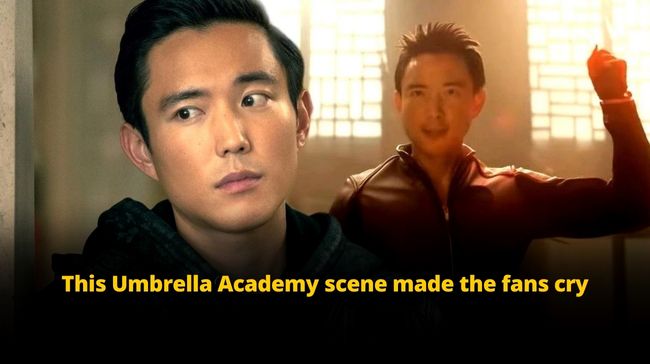 How have you been? So today, something is interesting for all the Umbrella Academy fans. We generally bring trending news and spoilers, but today it’s all about the Ben Scene, which is getting all the limelight and focus on the internet! Let’s get going.

Something about the Umbrella Academy

This web series has gained a lot of popularity in a while. Firstly, we love the oh-so-quirky name. This fantastic series was created for Netflix by Steve Blackman and developed by Jeremy Slater; it revolves around a dysfunctional family of adopted sibling superheroes who reunite to solve the mystery of their oh-so-father’s death and the threat of an imminent apocalypse.

Did you know this series is based on the Dark House comic series of the same name by “My Chemical Romance” frontman GerarChemicald artist Gabriel Ba? After all, when a series is executed from the comic, some changes are bound to happen, right?

WTF, the loving fans of TUA are crying over the oh-so-senti Ben scene?

A lot of mysteries, cliffhangers, twists, and turns have happened in the initial seasons of the umbrella academy. But which is the most memorable scene which we miss to date? Or instead, we frame it that way; it makes us shattered and disheartened.

Ah, the Ben scene; why couldn’t the fans stop crying? Remember how Ben was still stuck with Klaus, and power made him connect to the spirit world, but how amazingly he finds a way to possess Klaus? Thus, he ends up living again—A magical chance which allows him to get together with Diego—ah, *sobbing, crying*!

Some tissues, please! We can’t control it, But is the Ben Scene indicate his farewell?

We loved how Ben saved all his energy to save Viktor. The magical divine hug before Ben heads for the afterlife was something we will remember for a lifetime—Right, umbrella academy fans?

Pause; please, can we watch this Ben scene repeatedly? This shows how deeply Ben was connected to Viktor and also how much he’s concerned for him. The emotions spoke louder than the words here. And we also loved how they wrote, “It was beautiful and completed his arc perfectly!” Aren’t you crying while reading this?

BTW fans also thought that maybe the Ben scene indicates that he’s leaving The Umbrella Academy for a good purpose!!

Some goodbyes are hard—aren’t they? He shared how he gave thank you cards to everyone. On the last day, when he was getting his hair and make-up done, people greeted him with gratitude for being there with him on this journey! Lovely, isn’t it?

We will be back soon—comment below on what you think about the famous Ben Scene.