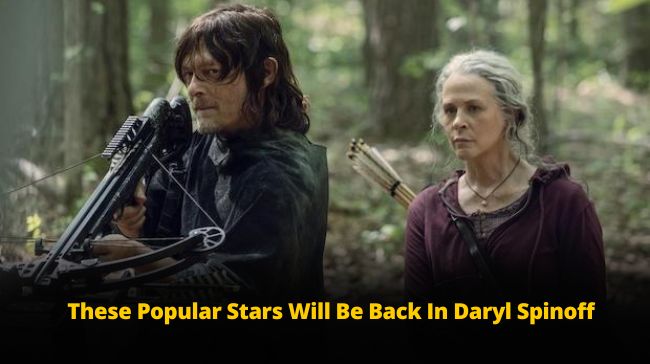 How have you been? We, as usual, we’re waiting for you guys to come. How much we love hot spicy news to our lovely viewers. But this time, all we will bring you are The Walking Dead updates.

Do you have any idea when The Walking Dead will return? What’s to come? As of now, The Walking Dead it’s super quickly approaching its last eight episodes: so aren’t you excited to know what to expect and what not to?

With the new TWD spinoff rolling in, some popular characters will be back!! Here is all we know.

It consists of six television shows, three films, eight webisode series, 3 video games, and a podcast: OMG, we never knew about it. Did you?

Now, what? What’s the hype about Daryl Spinoff

All the viewers have been told the TWD is ending after Season 11. But they’re also pumped for the Daryl spinoff. Season 11 would be premiering this Fall, yes peeps; with a heavy heart, it would be the end of the flagship series.

But we are just so thrilled about what’s going to come next. The return of Madison Clark has Fear TWD set up for a strong season 8, and there are other spinoffs, including the oh-so-yet-to-be-titled Daryl Spinoff!

But fans are only excited about the Daryl Spinoff; we loved how he teased the “lost” TWD cast characters that might show up! Initially, there was a Daryl and Carol Spin-off, but now what do you think, peeps?

It’s also predicted that the CRM would have overseas connections because that’s where Daryl is leading!

Did you know Daryl only has one connection to Europe and the CRM, and that’s Rick Grimes?

Like you even, we were assuming that Daryl was hunting for Rick. But what Norman Reedus recently shared in the Interview with Iron and Air is shocking. He told me he would do a Daryl Spinoff with Melissa.

And then he was asked, would he like to go on a mission if she’s taking time? And then he was like, let’s fucking do it. He’ll be soon heading to Europe for a task. Meanwhile, they’ll be using their characters, and he might return in one or two of them—OMG, now it’s all clear in our head!

But what does it mean? He’s going to Europe; what about the lost characters? There are a hell of a lot of questions going in our head Mr. Norman.