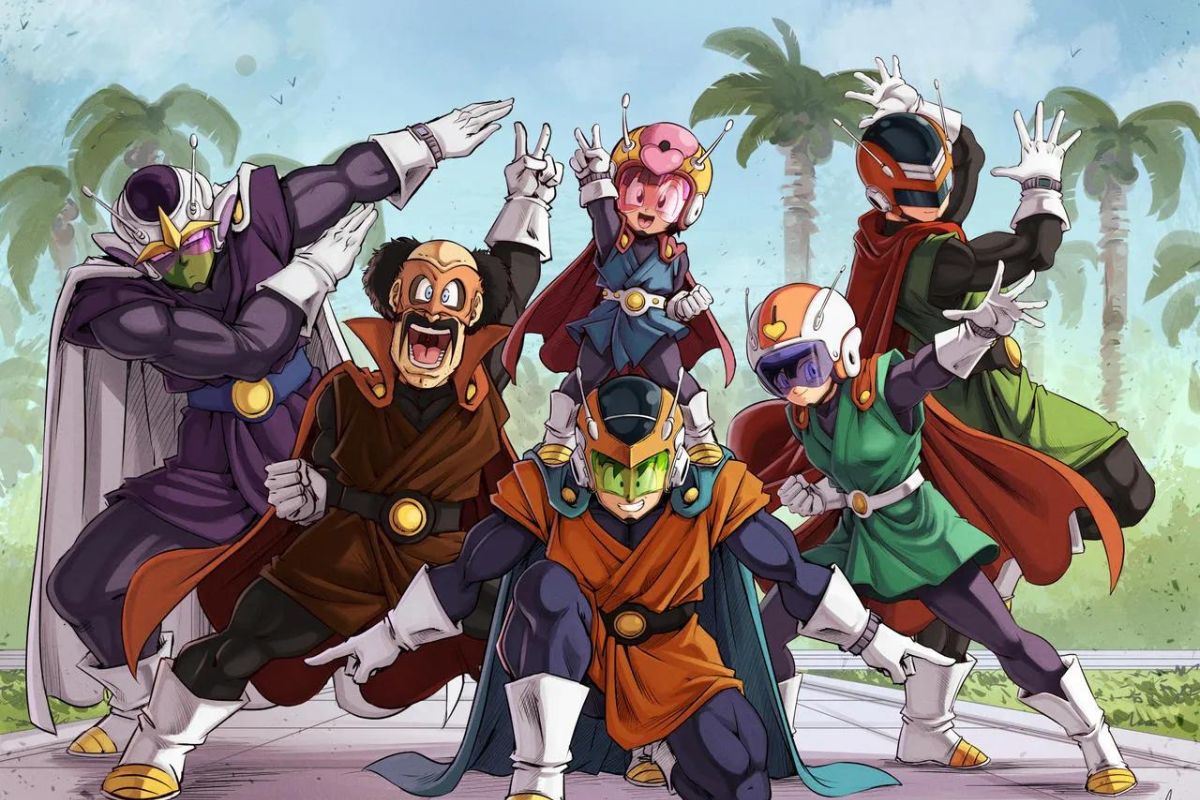 Dragon Ball is a show that doesn’t need any introduction. It has held and continues to hold the attention of its viewers for almost three decades. The strongest combatants in the continuing manga and anime are pitted against each other in significant confrontations of power, complete with unbelievable transformations and realistic-looking martial arts.

In the current manga and anime, the most powerful Dragon Ball Super characters face off against one another in grand battles of power, complete with unbelievable transformations and realistic-looking martial arts.

These Dragon Ball Super Characters Can Be Saiyaman!!

Pilaf and his gang have been around since the beginning of the original Dragon Ball. Over the years, they have also made their way into the series’ supporting cast of juvenile comrades.

Even though Pilaf, Shu, and Mai spend a lot of time with Goten and Trunks, Pilaf’s appointment as the group’s tech specialist nevertheless comes as something of a shock.

When it comes to petty thieves, Saiyaman X-1 and X-2 are pros

Chapter 88 of Dragon Ball Super gives viewers their first glance at Saiyaman X-1 and X-2. However, the two must make their public debut based on their conversations.

Goten and Trunks are disappointed that most of their “cases” in the past have been little thefts of jewelry or computer hacking that didn’t necessitate their tremendous power.

While brute force and expert knowledge are crucial in the fight, several Dragon Ball characters also display a talent for showmanship and commanding the stage. Gohan’s Great Saiyaman wasn’t without its detractors, and one of them was that the character needed to be more preoccupied with striking comical stances to be taken seriously.

Saiyaman X-1 and X-2 appear heroic in battle, yet they take their cue from Cleangod. There’s no reason to think the previous Saiyaman didn’t have this penchant for ostentation.

Pan Is A Brilliant Prodigy

When it comes to tracing the hero’s journey through the ages, the Dragon Ball Super characters have done an outstanding job. Gohan, Goten, and even Goku’s granddaughter, Pan, have inherited their grandfather’s extraordinary abilities.

With Piccolo’s guidance, the young Pan in Dragon Ball Super: Super Hero reveals her full potential. Pan learns to fly before everyone else in her family and has a natural talent for it.

Pan could fulfill the obligations of being a Saiyaman, although the costume would need to be adjusted down a few sizes because he is still a child. In Super Hero, she destroys Red Ribbon, which is only the beginning.

Granolah Now Appreciates Planet Earth For What It Is

As the last of his kind, Granolah enters Dragon Ball Super as an angry villain intent on destroying the Saiyans he holds responsible for the destruction of the Cerealian species.

An epiphany occurs for Granolah, and he sees Goku and Vegeta as partners in the fight against the Heeter Force and Black Frieza. Granolah is still involved, but what role he’ll play in Dragon Ball Super needs to be clarified. Granolah would be a good Saiyaman on Earth thanks to his inherent sense of fairness.