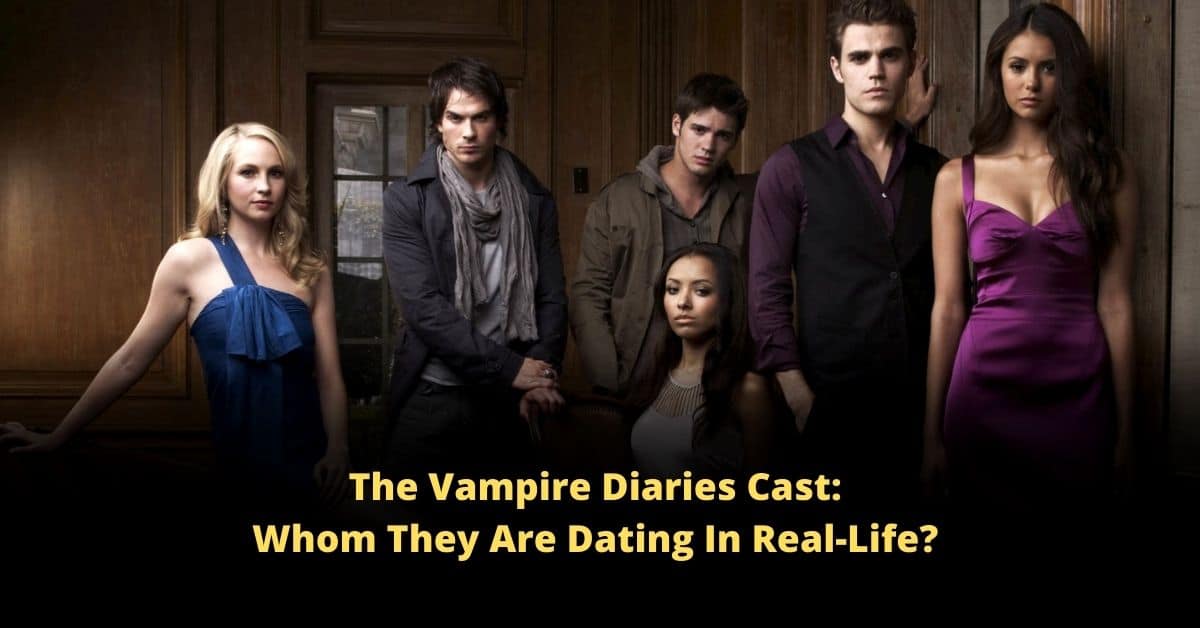 Love is still alive! From 2009 until 2017, The Vampires Diaries followed the residents of the fictional town of Mystic Falls, Virginia. Fans rapidly became immersed not just in the show’s love connections but also in real-life relationships. They are simply obsessed with the Vampire Diaries cast. While many were curious to sneak into the love lives of the Vampire Diaries cast, rumors of Elena Gilbert and Damon Salvatore, played by Nina Dobrev and Ian Somerhalder dating each other, spread in 2010 and they were together for three years. Somerhalder went on with Nikki Reed a year after their breakup, but there were no bitter feelings.

Despite her past with the Smallville alum, Dobrev revealed in January 2019 that she didn’t think it “strange” that she was friends with Somerhalder and Reed.

During an interview on Watch What Happens Live With Andy Cohen at the time, the Flatliners star said, “I don’t think that’s odd at all.” “I believe it’s fantastic. “Why can’t everyone just get along?”

In the year 2020, Dobrev fell in love with Shaun White. After a year, the athlete told out about his girlfriend’s noteworthy performance in the CW series.

So, if you are also anxious to peek into the personal lives of the Vampire Diaries cast, here is all we know.

The Vampire Diaries Cast: Whom Are The Characters Dating In Real-Life? Nina Dobrev and Ian Somerhalder dated for three years before ending their relationship in 2013.

From 2015 to 2016, she connected the Degrassi alum to actor Austin Stowell. In 2017, she dated Glen Powell, a former cast member of Scream Queens. In February 2020, Dobrev began dating snowboarder Shaun White.

Paul Wesley is one of the most prominent members of the Vampire Diaries cast. From 2011 until 2013, Paul Wesley was married to Torrey DeVitto.

After that, he dated Phoebe Tonkin on and off for four years before splitting up in October 2017. In 2019, he married Ines de Ramon discreetly.

Maggie Grace and Somerhalder met on the set of Lost in 2004 and dated for three years. From 2010 through 2013, the V Wars alum dated Dobrev.

Reed and Somerhalder married in 2015, and their daughter, Bodhi Soleil, was born two years later.

Dobrev introduced her to Joe King during a Super Bowl party in 2012, and the two began dating and were engaged the following year. They married in October of 2014. In 2016, King and Accola had a daughter Florence, and Josephine, in December 2020.

When it comes to the Vampire Diaries cast, one name that hit every fan’s mind is Graham.

After three years together, the singer made Instagram public with boyfriend Darren Genet, a photographer from The Vampire Diaries, in February 2020. The couple got engaged one month before while on vacation, according to Us, in May 2022.

Morgan met Persia White on the set of The Vampire Diaries, and they started dating in 2011. The couple tied the knot in 2014 and married later that year in Jamaica.

Chelsea Kane, Candice Accola, Hillary Harley, and Dylan Penn have all been linked to the Chicago Fire alum. McQueen confirmed his engagement to Alexandra Silva in January 2018. Four months later, the couple called off their engagement.

From 2008 until 2009, the Legally Blonde star was married to Leelee Sobieski.

So, this was a quick sneak peek into the love lives of the Vampire Diaries cast. Make sure to stay tuned to get more updates on your favorite Hollywood stars.

Read More – The Vampire Diaries: How did Katherine become a vampire? Know the shocking truth