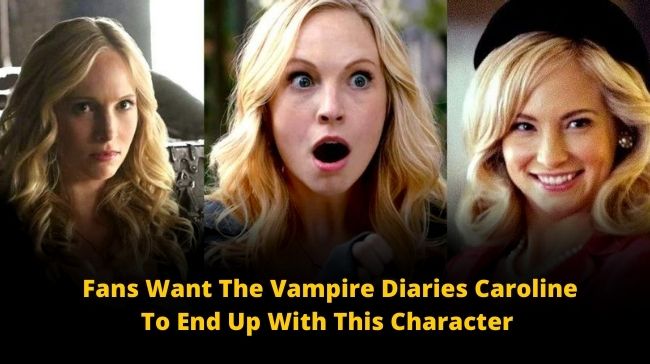 The Vampire Diaries Caroline is one of the fan-favorite characters who went through a lot in the series. While the fans always shower their theories on different characters, one of the hottest topics coming out is – with whom will Caroline end up in the series? So, here is all we know.

The Vampire Diaries is one of the flagship shows created by Julie Plec and Kevin Williamson.

The show aired for eight seasons (2009-2017) from 2009 to 2017 on The CW. Based on the novels written by L. J. Smith, the series about the small Virginia town that is inhabited by sexy supernatural creatures has spawned two spin-offs “The Originals” and “Legacies.”

Many of the fans of “The Vampire Diaries” believe that it would have been better if Caroline had chosen Klaus Mikaelson (Joseph Morgan) over Stefan.

As a part of the Original vampire clan, Klaus made his first appearance in Season 2 before becoming among the series’ most memorable villains, a fan favorite, and a fervent fan of the Vampire Diaries Caroline.

The tension in the relationship between the pretty girls and the very bad boy has the fans going crazy from Season 3 onwards, which earned them the nickname Klaroline.

In a 2021 appearance on EW’s Vampire Diaries, Julie Plec said, “Candice had chemistry with everyone and Caroline consequently was a chemistry match with everyone.”

Plec capitalized on King’s charm by offering her numerous love interests, for example, Tyler Lockwood (Michael Trevino), Matt Donovan (Zach Roerig), and Stefan. However, none of them gained the same popularity as Klaus.

Morgan’s character is gone from Mystic Falls by the close of Season 4. His reappearance in season five’s “500 Year of Solitude” led to an unintentional sexual encounter with Caroline that left viewers in awe.

The Vampire Diaries evolved into a cult favorite and its popularity is growing, with new viewers beginning to discover the show on Netflix.

The love triangle that exists between Nina Dobrev’s Elena Gilbert, Paul Wesley’s Stefan Salvatore, and his older brother Damon (Ian Somerhalder) provides the majority of the drama in the first three seasons and creates an incredibly polarized audience who are steadfast in their belief in or Stelena and Delena.

While Elena’s affection for Stefan and the flirtatious Salvatores is the most controversial romantic plot, viewers are divided on the romance of many of the show’s central characters which include the Vampire Diaries Caroline Forbes (Candice King).

After the departure of Dobrev at the conclusion of Season 6, “The Vampire Diaries” changed its focus to Caroline and Stefan’s less dramatic relationship.