How have you been? The lovely weather is out there, and we feel you should just chill and relax inside. How about watching a series with some popcorn and sipping some coffee—Huh?

So here we bring to you the details of the series everyone is talking about. Any guesses? Aah, we are talking about Netflix’s adaptation of Gerard Way and Gabriel Ba’s comics, which has released The Umbrella Academy Season 3.

With TUA season 3 released in full on Netflix, everyone was super excited for this one because it had been released 2 years after season 2 was released.

As everyone knows, Season 1 saw the Umbrella Academy trying to prevent the moon from destroying the world. Season 2 saw the siblings stuck in the 1960s as the risk of nuclear war loomed and they had to ensure that JFK was assassinated. So season 3’s plot line about meeting their doppelgängers: “The Sparrow Academy” and attempting to save the Universe from the Kugelblitz was strangely on brand for the series: great, huh?

Now that TUA Season 3 is streaming on Netflix, let’s explore the magical world of the sparrow academy and every member’s power: Excited, let’s get going!

Similarly to Umbrella Academy’s number one, Luther has immense strength and he’s extremely powerful. Without having to have the body of an ape-like creature, he’s able to show his incredible feats.

We all love his super amazing strength, dripping with confidence and charisma, making him undeniably the head of the sparrow academy—Isn’t he your favorite? Because he is ours.

Ben Hargreeves has intensely terrifying eldritch tentacles—did you know he was number six, too?

Undoubtedly, his powers remain the same. However, his personality is a bit different. To sum up, the loveable Ben from the series is now a bitter, malicious, big-time jerk who’s learning that he’s well-loved in another timeline, oh and his anger—he only exacerbates that!

Oh my my, isn’t she just so hot? Oh, have you seen those shades? We love that picture. In fact, Fei just knew everything. She has the ability to manifest murder crows to spy on her behalf or kill or destroy her enemies. Isn’t she the new amazing sparrow superstar? 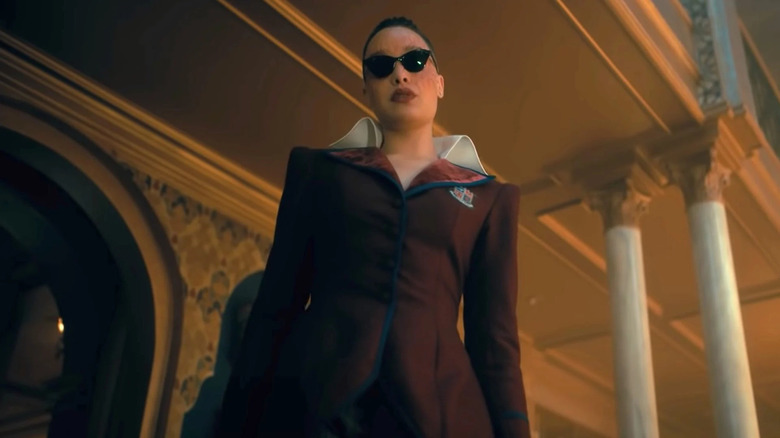 A funny guy from the lot, Alphonso is indeed the comedic relief of the Sparrows. His presence is such a refreshing change from the disfigured villains.

Did you know he can inflict harm on others by causing damage to himself? Welcome to the family as we love his words, which are so sarcastic!

Any guesses what superpower this Sparrow Academy character has? She possesses the ability to manipulate the gravity of herself and others. With the power of thrashing people down in the room, she can make them fly, too. With one of the biggest storylines in season 3, don’t miss any of her amazing scenes from the start!

Aah, so we have Jayme Hargreeves and Christopher Hargreeves of the Sparrow Academy on the list, too. Any guesses about their powers? Tell us in the comment box.