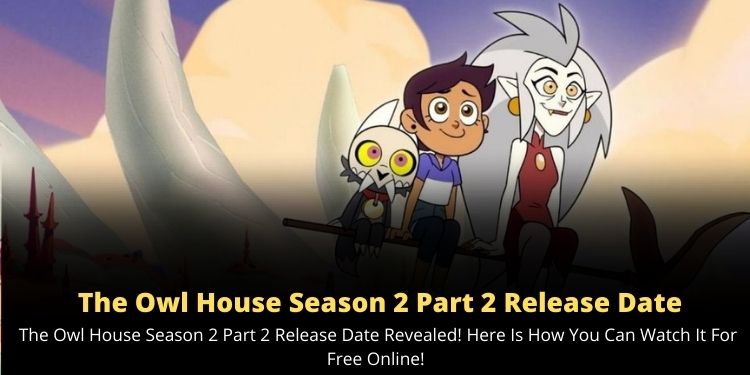 After delivering 10 breath-taking episodes, the hot news popping out is The Owl House Season 2 is gearing up to drop its second part with 11 more episodes. So, when are the next episodes dropping? Here is everything you need to know.

The introduction of The Owl House in the animation entertainment world was a boom for the fans. The first season dropped on January 10, 2020, and within a few days it turned out to be a big hit.

The Owl House revolves around Luz Noceda, a teenage girl with an obsession with fantasy novels. Her affinity towards fantasy novels compelled her to become a witch despite her lack of any type of magical abilities.

Following the immense success of season 1, the creators gifted the audience with even something grander, The Owl House Season 2 in not one but two parts. The second chapter of The Owl House is slated to drop a total of 21 episodes.

The Owl House Season 2 Release Date – When Will The New Episodes Drop?

LEAKS BE DAMNED!
OWL HOUSE IS BACK BABY!!!!

So, the Disney+ show The Owl House will be dropping new episodes from March 19, 2022.

Moreover, there is one more good news for the fans. After the second season, The Owl House will also be back with its third and finale season and it will bring three 44-minutes special episodes.

Where Can I Watch The Owl House Season 2?

The Owl House Season 2 Part 2 is available for streaming on Disney+. All the subscription holders can stream it anywhere and anytime. However, if you want to watch it for free, you can go with the free trial option.