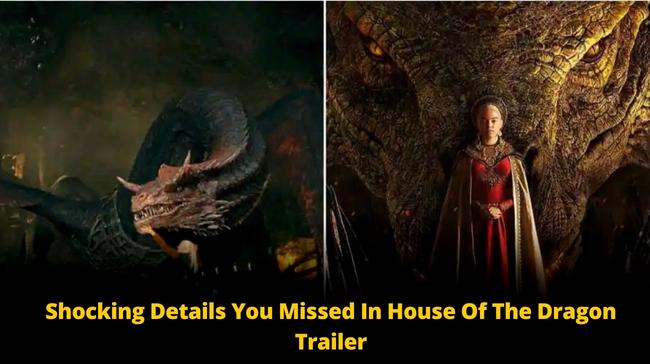 Finally, the long wait has come to an end. The long-awaited House of the Dragon trailer has finally hit the screens, and the excitement in fans has already been unmeasurable.

This new series is the prequel to the world-wide famous show “Game of Thrones” (8 seasons).

According to the timeline, House of the Dragon happens centuries before the Game of Thrones and is mostly based on the Targaryen era.

House of the Dragon trailer reveals a sneak peek of the story!!

The story of House of Dragon season 1 is known by the latest trailer. The war of succession (also known as the Dance of the Dragons) will occur. King Viserys will decide who will be the new heir of the Iron Throne.

Daemon believes that he will be his brother’s successor. Daemon and Rhaenyra will be facing King Visery’s wife as an opponent. Alicent will lead the war, ultimately transforming the Seven Kingdoms in multiple ways.

If the fans had watched the trailer keenly, they would have noticed something strange about the Iron Throne.

The one who has spent an enormous amount of energy watching Game of Thrones will think that the Iron Throne is made with 1000 swords of the enemy. The one who will sit on the Throne will rule the Seven Kingdoms.

He should also be mindful of knowing who is after his Throne. According to the statement of Aidan Gillen (Littlefinger), the current Game of Thrones does not contain as many words as the legend suggests. However, in “House of Dragon,” this is not the case.

The Iron Throne looks very much alive, and its surroundings also look similar. The trailer also brings into the light that blood is dripping from the hand of Viserys 1, suggesting to us how difficult it would be to sit on the Throne full of blades.

One theory also came into discussion, concluding that the Iron Throne senses the unworthiness of the person sitting on it.

Game of Thrones, which lost its charm because of the disguised ending of season 8, seems to recover it with the release of the House of the Dragon trailer.

The history of Targaryen itself is auspicious as the people will soon get to know about the long-lost Targaryen Dragons!

Read More – House of the Dragon will be different from Game of Thrones!! Here’s why?