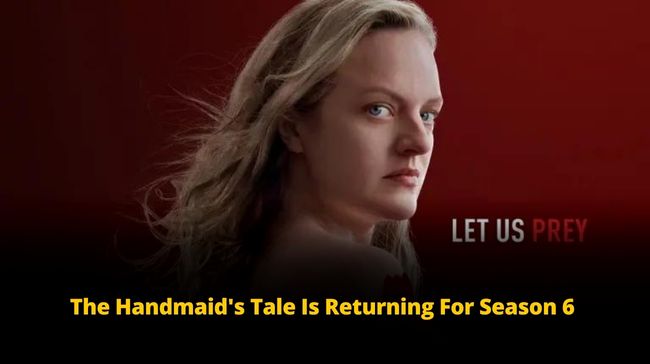 How have you been? We are sure you would be super happy to see this article. Why? Because we have some sizzling trending news related to this, The Handmaids Tale season 6!! So, here is all we know…

A glimpse of The Handmaid’s Tale

It’s an American dystopian television series created by Bruce Miller, based on the 1985 novel of the same name by Canadian author Margaret Atwood.

Did you know the series was ordered by our streaming service Hulu as a straight-to-series order of 10 episodes, for which production began in late 2016?

In fact, the plot features a dystopia following a Second American Civil War wherein a theonomic society subjects fertile women, called Handmaids to childbearing slavery—Ah, yes the series is all about this!

Elisabeth Moss is seen as June with other incredible casts in a two-part season premiere, which is gonna set the base ground for the ending of the series further!

Did you know this series is an award-winning thriller?

Yes, as the sixth season has approached, imagine how amazing the previous five seasons would be. Yes, there is confirmed news that The Handmaids Tales Season 6 would be the final season and it would be the end of the long-running drama—yes guys, it’s a complete wrap-up after the sixth season! This news was stated by Variety.

The creator Bruce Miller also shared that he’s extremely grateful to Hulu and MGM for permitting them to narrate and show the entire story.

Also, how lucky he was to have such amazing fans who didn’t miss a single chance to miss any of the episodes!

What’s expected to happen in The Handmaids Season 6?

Considering that Season 5 was announced before the season 4 finale in 2021, we have a lot of high expectations from the Handmaid’s Tale Season 6. The new season would be revealing a lot of mysteries and there are going to be a lot of twists and turns, too.

Also, as the creator has announced, it’s the last one, so definitely this would be something much bigger and better as it’s one of the top original series, so definitely it deserves a much better end—Agreed, guys?

When is The Handmaids Tales Season 5 releasing?

Yes, The Handmaid’s Tale Season 5 would be released on September 14 and it would be airing on Channel 4 in the UK! New episodes are expected to release weekly

After the statement of the creator, it’s pretty much sure that Season 5 would be revealing the climax soon.

So, before making any judgments, let’s calm down and wait for Season 5, so we come to know what the Handmaids Tale Season 6 would have in store for us! Stay tuned and don’t forget to follow us!