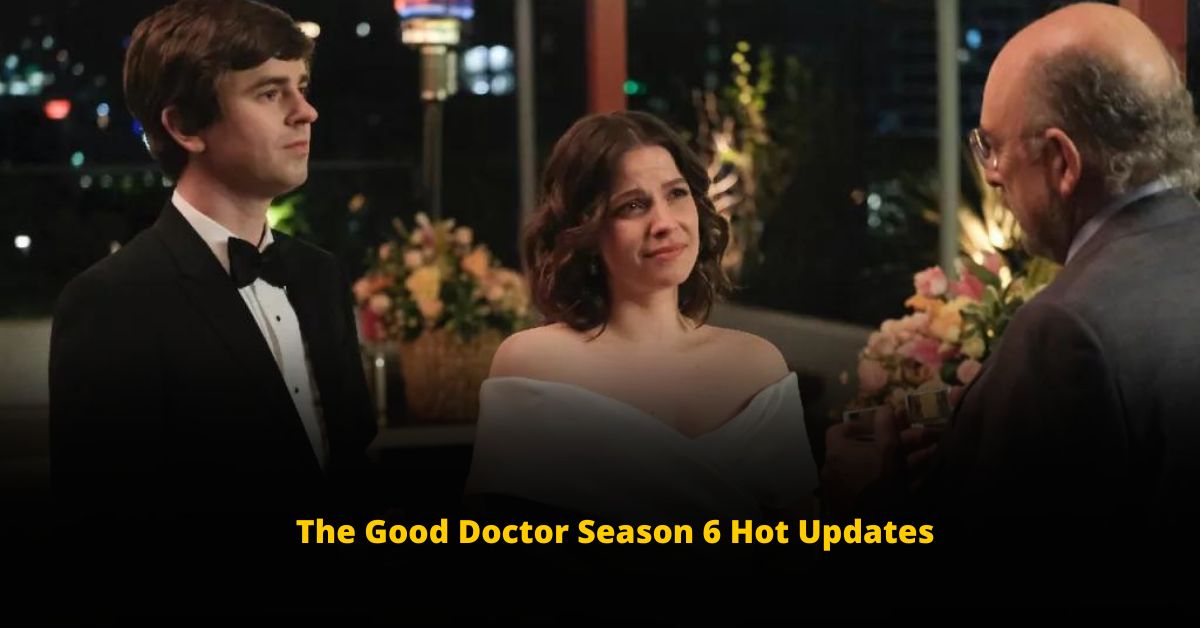 The Good Doctor is one of the most popular shows in the US. Inspired by the same-titled South Korean television series. The series stars Freddie Highmore, who is a doctor with autism.

There has been a renewal of the series for season 6. So, Sassyshows is here with all the crispy updates about the Good Doctor Season 6 release date, cast, trailer, and more.

“The Good Doctor” has been a staple on ABC for five seasons. It follows the staff of the St. Bonaventure Hospital in San Jose, California, executive produced by “Lost” and “Hawaii Five-O” actor Daniel Dae Kim. David Shore previously ran “House” as showrunner.

The show’s fifth season finished with a mix of highs and lows, but the happiest moment was when Dr. Murphy wed Lea Dilallo on the hospital rooftop in front of their friends.

But when Dr. Lim (Christina Chang) returns to the hospital to restock the party’s supplies, she discovers Nurse Villanueva, bleeding out and wounded. Before Dr. Lim can react, Nurse Villanueva gets stabbed twice, putting her life in danger in front of her friends, who appear unaware of her condition. Nurse Villanueva had previously informed Dr. Lim that her abusive ex-boyfriend had stabbed her.

The Good Doctor Season 6 Release Date – When will the new season drop?

Curious to know the Good Doctor Season 6 release date? The Good Doctor’s Season 6 premiere will air on Monday, Oct 3 at 10 p.m. ET, ABC announced in mid-June (per TVLine). In contrast to past seasons, which generally had 18 or 20 episodes, the network had indicated that the sixth season would have 22 episodes. The programme will reach the 100-episode mark during its sixth season.

Additionally, the Good Doctor Season 6 release date is very similar to the prior season’s debut windows, which were all in late September. Season 4, which debuted early in November 2020 after being postponed because of the COVID-19 epidemic, is the outlier to this trend.

This implies that Season 6 will most likely adhere to the same broadcast schedule as other seasons. Before the show takes a break for the winter holidays and returns in mid-January 2023 for a largely unbroken run, leading up to the season finale show, which will probably air near the end of May, viewers can anticipate fresh episodes until late November or early December.

Who plays whom in Season 6 of The Good Doctor?

The primary cast of “The Good Doctor” is anticipated to return in large numbers for Season 6.

This includes Hill Harper as Dr. Marcus Andrews, Richard Schiff as Dr. Aaron Glassman, Will Yun Lee as Dr. Alex Park, and Paige Spara as Lea Dilallo in addition to Freddie Highmore as Dr. Shaun Murphy, the primary character of the program. After the suspenseful Season 5 finale, it was uncertain whether Drs. Audrey Lim and Morgan Reznick, played by Drs. Christina Chang and Fiona Gubelmann, respectively, would return for Season 6.

However, Chang and Gubelmann will be present in the cast for Season 6 as Showrunner David Shore revealed in an interview with TVLine shortly after the finale aired that both characters will be returning.

Read More – The Black Phone Ending Explained!! Get Ready For A Shock