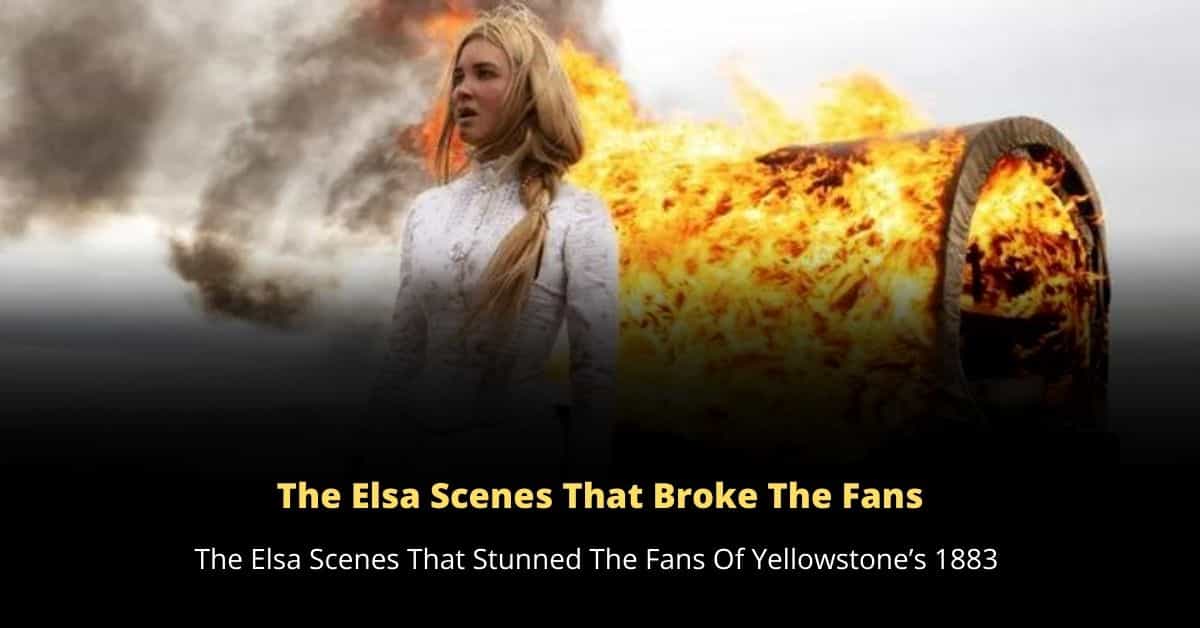 Which were the most impactful Elsa scenes that broke the fans to tears? Here is everything we know so far.

Yellowstone 1883 turned out to be a bright light on the lands of pain and suffering of the Ranch family. While the show introduced a bunch of exciting characters, Isabel May’s character Elsa fascinated the fans right from the start.

So, today, Sassyshows is here with the best Elsa scenes which made the audience feel her pain and suffering.

The journey of Isabel May as Elsa Dutton from being introduced as a newbie to claiming the throne of a key character in Yellowstone 1883 is truly astonishing. She acquired a special place in the hearts of the fans, not only with her flawless performance but also with her incredible narration of the series.

1883 Elsa Scenes Which Broke The Fans

As the fans were slowly getting obsessed with the character, Elsa Dutton, the plot delivered the ultimate twist. Elsa was shot with an arrow which managed to take up her life. She was severely infected, and the plot pushed her to her destiny, i.e., death.

However, the few minutes before her death were truly compelling for the fans. Her beloved father James Dutton pulled her down from the horse and dragged her under a tree and Elsa took her last breath on the lap of her father. The last conversation between a father and his lovely daughter brought tears to the eyes of every fan.

It’s always heartbreaking to see something you love to step out of your life. Similarly, the 1883 fans were obsessed with Elsa Dutton. So, it’s pretty obvious that her exit from the show broke the fans.

As she was slowly moving towards death, it was fuming the fans. Several fans tweeted their thoughts on Elsa Dutton death scene.

One fan wrote, “Since Elsa died, I canceled.” “I can’t live without her.” Another fan said, “It’s just too heartbreaking, So many tears.”

So, which Elsa scene broke you the most? Tell us in the comment box.