While The Chicago Fire has been one of the top series entertaining the viewers for years, there are a bunch of questions that it has left unaddressed. Here is the biggest one.

The Chicago Fire Is Insane!!

Rescue scenes in “The Chicago Fire” have a reputation for being quite extraordinary. The helicopter crash featured in Season 3, Episode 8 (“Chopper”) kept viewers on the edge of their seats as the pilot and passengers had to hold still while the helicopter perched precariously on a rooftop.

To make the Baptist Retirement Home in the Maywood neighborhood more resemble the apartment building described in the episode, the crew landscaped the front of the building with flowers, trees, and even new grass. A nearby resident commented on the improvement, saying, “It’s never looked so good” (via Village Free Press).

To make their accident and rescue scenes look as realistic as possible, “Chicago Fire” frequently goes to great lengths. A nearby news station began covering the incident when they were filming an airplane crash scene in Season 1.

The cast enjoys the challenge of the rescue scenes, with Joe Minoso, who plays Joe Cruz, stating that his favorite scene was when the squad had to save themselves in Season 9, Episode 16, when they were trapped under a boat on Lake Michigan (“No Survivors”). I had no prior experience with scuba diving, Minoso admitted. And when it was all said and done, it was simply the most exhilarating experience we have ever had. 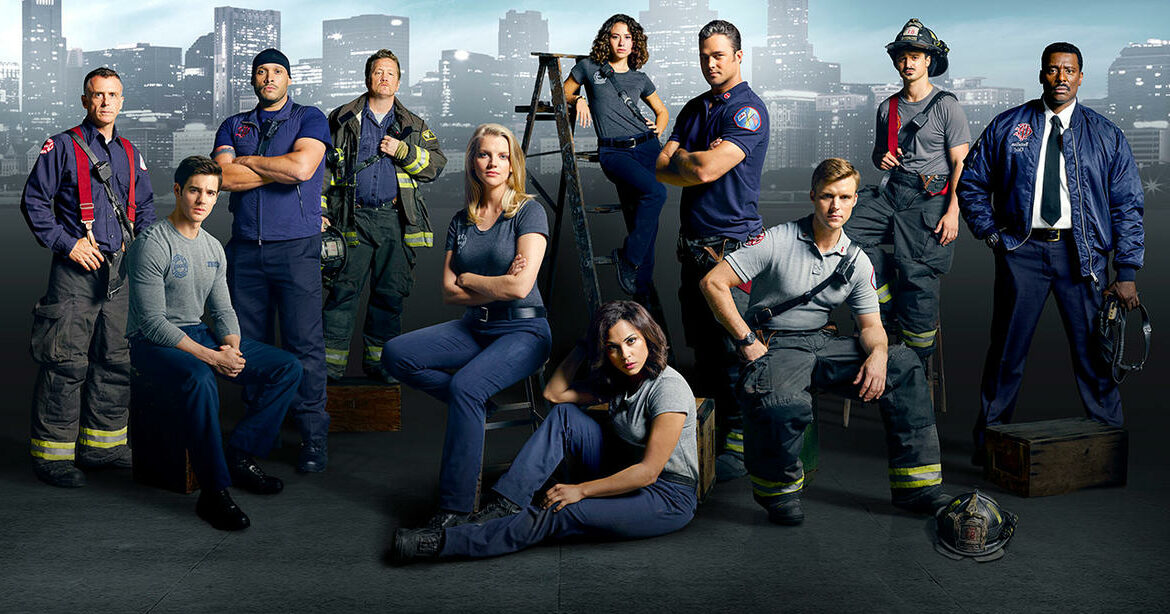 According to cinematographer Jayson Crothers, outdoor fires are photographed on location, but interior scenes are shot on the “Burn Stage” at the Cinespace Chicago Film Studios.

Most outdoor scenes that call for the camera to look down at a dramatic situation use a 50-foot techno crane. According to the Director’s Guild of America, close-up shots are typically taken with a handheld camera or a truck-mounted camera for moving shots. However, many outdoor rescue scenes are filmed in two places: the actual scene and a set built on the “Chicago Fire” stages.

One instance is the teenager Grace, who plunges into a sewer drain in Season 10, Episode 3. “On our stage, our # ChicagoFire team built a 20-foot storm drain hole set with 4-foot wild sections; debris and trash in flowing water,” Wolf Entertainment tweeted. Grace had a bicycle support seat, and SPFX’s feeder pipes dripped with water.

As a result, even though it seemed to the audience that Joe Cruz and Kelly Severide (Taylor Kinney) were stooping into the sewer, it was a set constructed on their stages. The scene was just one of many excellent instances of “Chicago Fire” attempting to make its rescue scenes as realistic as possible.

Read More – Meet The Yellowstone Cast’s Real Life Partners!! This Will Shock You!!