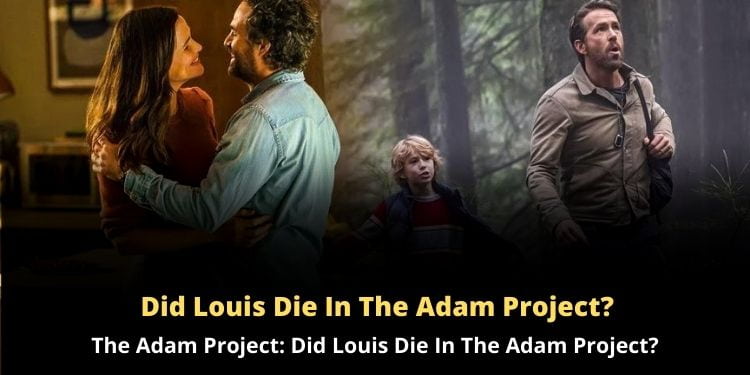 The Adam Project is simply a sci-fi blockbuster that won the hearts of the audience. However, the climax left a bunch of questions unaddressed, one of them being – did Louis die in the Adam Project?

So, Sassyshows is here with the answer. Make sure to read the complete article to know more.

Did Louis Die In The Adam Project?

As we navigate through the year 2018, we saw how Adam’s dad, Louis (Mark Ruffalo) refuses to help him with the time machine. However, using older Adam’s incredibly hi-tech equipment, they rolled into the 2018 version of Sorian technology to wipe off the data from the hard drive.

However, there we got the ultimate shock when we saw 2050 Maya working with her 2018 version. Meanwhile, both the old and young Maya and her henchman are now up against the Adams. However, during the battle one of the particles stimulates electromagnetic overload.

But the Adams ultimately manages to have an upper hand, and they killed the young Maya, wiping off the older one from the timeline.

Meanwhile, the older and younger Adams along with Louis manages to escape the explosion. However, the time travel is not demolished. So, Adams tries to alert Louis about his untimely death.

But to everyone’s surprise, Louis restricts them from pre-suspecting the future incidents and his fate. He even did not want to alter it. It seemed Louis did not desire to tamper with his fate. Though the new timeline later hinted that he is still dead, it was never shown whether it was a car crash or any other accident.

So, hope you got your answer on – did Louis die in the Adam Project. Make sure to comment down your views below and follow us for more amazing articles.