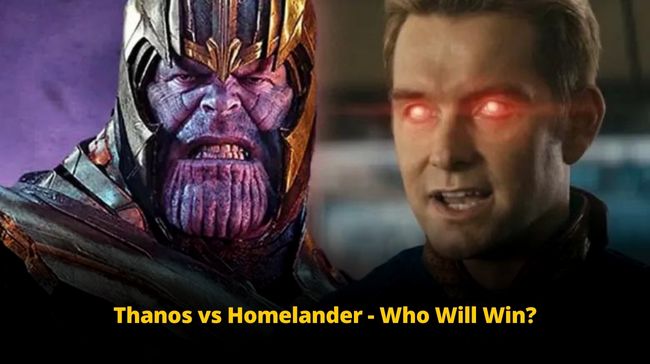 Let us get you to the raving topic these days on Twitter!! The newest discussion is taking up the fire, luring us to take sides of our favourites.

Suppose there is a war between Thanos – the big bad boy of MCU and Homelander from The Boys.

Yes, this fight will definitely be pretty exciting and intriguing. And why not, as both of them are the most powerful from their respective universes? So who would be the real winner in a Thanos vs Homelander match??? The Mad Titan, any doubts???

In their respective comic worlds, both Thanos and Homelander are powerful identities without any doubt.

We saw Thanos using Infinity Stones to wipe off half the world from their absolute existence.

Even without stones, he is an undefeatable character. His fight to claim and own the Infinity Stones proved his courage and strength of the highest order.

His Eternals physiology makes him much more robust than many other heroes. This resulted in him taking on Avengers and many other powerful threats from different arenas with hardly any resistance.

On the other hand, Homelander from The Boys is the evil version of Superman, who has been wiping off all the Supes and people who came his way. He, too, is one of the most feared characters in his universe.

What Will Be The Result – Thanos vs Homelander Fight?

Oh, fans, if that ever happens, it will be an absolute blood bath. A hell of destruction and total annihilation of the patriotic member of the Seven.

Who is Much Stronger – Thanos vs Homelander? 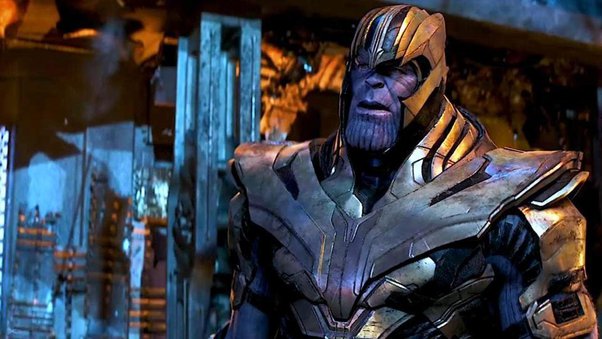 There are a few advantages for The Boys Homelander, but are they even enough to fight the mighty Thanos!??!!!

Yes, we agree that Homelander can fly and has heat vision, super strength, and durability, but this wouldn’t be a problem for Thanos. Given his physiology as an Eternal, even if Thanos is without Infinity Stones, he is way stronger than Homelander. He can be way more dangerous and destructive as compared to Homelander!

While on the other side, unlike Superman, Homelander is not as destructive and could easily be killed. Thanos could wipe off Homelander just like Captain MMarvel would in a proposed matchup any day!!!

So fans, even with the impressive powers that Homelander has, he doesn’t stand a chance to win a fight against Thanos.

Our Mighty MCU Thanos can make Homlander look silly and kill him in a wink of an eye.

Thus we know if any day it is Thanos vs Homelander – the absolute clear winner is none other than Thanos!!!