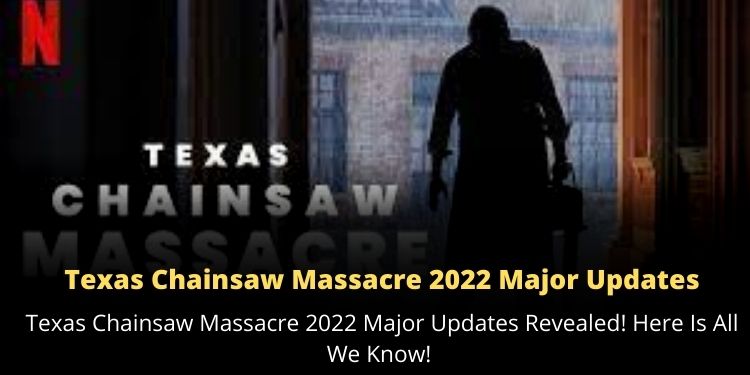 This film marks the notable return of Sally Hardesty, i.e the final girl and sole survivor of the original movie. And due to the death of actress Marilyn Burns, who died in 2014, Olwen Fouéré took steps into this character’s shoes.

And there are some parallels to be made between the Texas Chainsaw Massacre. Continuity of previous films in terms of eschewing is the direct sequel to the originals to the new Halloween line.

They both catch up with a white-haired and rightfully isolated woman survivor; years later she faces the source of her trauma once again.

Where to watch the Texas Chainsaw Massacre 2022?

This film will be exclusively launched on Netflix and Netflix has already released the first trailer for the new “Texas Chainsaw Massacre” 2022 movie, which brought the most iconic horror villain Leatherface squarely into the 2020s.

The film hits Netflix on 18th Feb and it is a sequel to the original 1974 film and is found to be a survivor from those original murders seeking vengeance, a group of youngsters who have the misfortune of happening upon Leatherface’s house alongside.

Texas Chainsaw Massacre 2022 is one of the upcoming slasher films. Which will be directed by David Blue Garcia, Chris Thomas Devlin will do a screenplay, from an original story which was co-written by Fede Álvarez and Rodo Sayagues.

It was intended to be a direct sequel to The Texas Chain Saw Massacre (1974), and integrating to all other films in the franchise, this project will be the ninth overall installment. And it is also being found out that the project is a joint-venture production between Legendary Pictures, Exurbia Films, and Bad Hombre.

So, this was all about the characters, who all are the directors, who have co-written the story, and a lot more about Texas Chainsaw Massacre 2022 and where you can watch the film. So, for more interesting updates like this, you can visit your website more frequently. Till then Bye! Will meet soon.