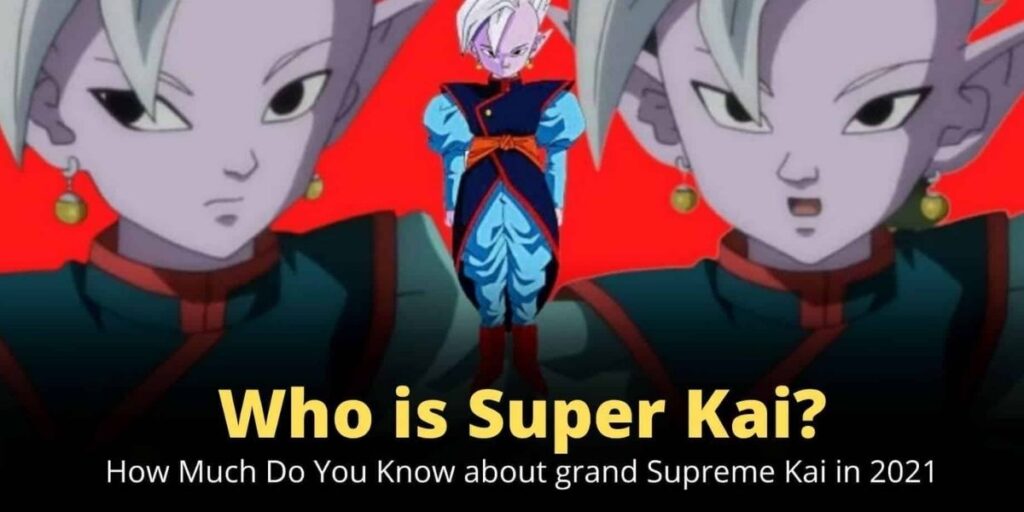 As we know, in all universe, there are two types of creature, one is known as a god of creation, and the second is a god of destruction. In dragon ball Z, kai is species known as a god of creation, there is another species that is born exactly like Kais, and they also have some level of power, but they are bad; that’s why they become a member of the demon ring.
In dragon ball Z, Kais are species responsible for creating everything in the universe. The very powerful member of kai is known as supreme kai. When kai is born, they directly do not become a supremekai; they have to show that they are strong enough and have actual potential to become supremekai.
Now, all these kai species are born from the Kaiju tree, there is a tree from which golden fruits fall, and those fruits give birth to core peoples who are genderless, and the very big, bright, and dark golden give birth to supremekai.
That supremekai chooses core people who are good enough to become Kais means the first supremekai is selected by nature, and that supreme kai chooses core people who are good enough to become Kais.
When any kai becomes powerful and good, that kai replaces its position from normal kai to supremekai. But there are different categories or types of Kais like – SupremeKai of Time, Grand Supreme Kai, and many more.
As in Dragon Ball Z, we see Darmusa, a kai, but as Darmusa is bad, Kais sends him to demons ring.

You now understand that Kai is a special person who is genderless and born to protect the universe. So, there are many Kais, but after the All Univer Hide and Seek Tournament, all SupremeKai death, Shin became only SupremeKai.
The Supreme Kais are one of the most important creatures in the world of Dragon Ball. They are often titled the “Creation Gods.” They possess godly abilities and live outside the Sacred World of the Kai.
Though they possess incredible strength, their main motive is not to destroy, so their strength is incomparable to the Gods of Destruction.

Who is Sin Supereme Kai?

Shin is short pink-skinned with a white mohawk and dressed Kai; sin is also known as “God of the East King of the Worlds”, but primarily just SupremeKai. Shin is the ruler of the eastern area of the otherworld in-universe, and Sin is the SupremeKai of Universe 7.
Sin was basically introduced in the Buu Saga as a competitor in the World Martial Arts Tournament. Initially, he was introduced as a mysterious character who smiles at Goku strangely. However, as the plot proceeds, his attitude experiences a drastic change.
He is one of the most humble, calm, and intelligent creatures in the Dragon Ball Universe. However, the arrogance of Majin Buu made him look like a more fearful, and innocent character.
He possesses incredible knowledge about the universe. However, it appears that he is often ignored by other Kais and Gods of Destruction due to the lack of efficient training.

The appearance of all supreme kai.

All SupremeKais are born from the Kaiju tree from a golden fruit to protect and create good things in-universe, and this character is one of the oldest characters in Dragon Ball Z.
There is lots of SupremeKai in starting, and Shin is an apprentice to the old SupremeKai. All these SupremeKai are living their life peacefully in the season of Sacred World of the Kai.
Shin was unaware until it was too late that he and the other Supremekai had been targeted and marked for death by one ruthless wizard whose name is Bibidi.
When Shin knows this news, the situation is totally out of control because Kid Buu had killed North SupremeKai and West SupremeKai, Shin, and Daikaioh are Kai prepared to face off against the buffed-up monster. But they couldn’t win that fight, and with Grand SupremeKai Kibito, they travelled to Earth to find help.
Grand SupremeKai Kibito and his helper Shin first appeared in Dragon Ball Z when they travelled to earth to find the help of Earth’s greatest heroes, Goku, Gohan, and Vegeta, against the fight with Babidi wizard, who wants to kill all SupremeKai and want to take their position.
So, this is the first appearance of Shin, the last SupremeKai and Grand SupremeKai Kibito.

In-Universe 7, the five SupremeKai ruled over the entire universe, which is approximately 5 million before age, with the help of Grand SupremeKai.
All these Kais are the god of creation who provides a catalyst for life and their main work to maintain the balance of birth, creation with destruction, which lead by a god of destruction, also known as a member of a diamond ring.
There is a total of 5 SupremeKai, but after the attack of Bibidi, only Shin is left alive, and that’s why he becomes the only member of SupremeKai.

supremekai of time is a pretty young female named Kaioshin with pinkish-red hai and pinkish-purple skin.
She is very young kai in kai list, but her age is at least 75 million years old, and she was alive when Beerus sealed Elder Kai in the Z-Sword, which would make her the oldest known living kaioshin.
Supremekai of time also belongs to a race of Shin-Jin, and her home country is Toki Toki City.

After reading that much information about SupremeKai, one obvious question that may come to your mind is the power level of supremekai.
So, keep in mind that they are the oldest creature and god of creation; that’s why supremekai is very powerful. If we talk about Frieza’s (one SupremeKai) power level in his 1st form, its power level is at least 530 Million, which is seriously very high.

What is Goku VS Supreme Kai?

After understanding SupremeKai and their power, we are forced to think, what if we fight for Goku vs. SupremeKai.
As we all know, SupremeKai is known as Creation Gods, and in one season of Dragon Ball Z, we see the impressive power of Shin, which is very impressive, and that’s why we can say that – Yes, SupremeKai will win the fight.
If Goku fights with SupremeKai, then SupremeKai can win this match quickly and end this fight very soon.

As there are many SupremeKai, one of those SupremeKai is North SupremeKai, also known as “God of the North King of the World,” and this is one of the best rulers of Universe 7

Though North SupremeKai is one of the most peaceful characters in the world of Dragon Ball, he was ultimately assaulted by Majin Buu.
As per the anime, he was peacefully fishing in the Sacred World of Kai, when Majin Buu attacked him and killed him. In terms of power, North SupremeKai is far stronger than Shin and has the ability to even defeat Frieza.

West SupremeKai is titled the ruler of the Western Quadrant of Universe 7. She is one of the most adorable white-skinned women in the Dragon Ball universe. Like most of the Kai, she wears Potara earrings and is usually dressed in the typical Kai outfit.
West Supreme Kai has a playful personality as we saw her stealing the rice bowl of South Supreme Kai. However, she can also be a serious warrior. She is far more powerful than Shin and she can also defeat Frieza within a blink. However, she is no match to Kid Buu. We have witnessed her first with Kid Buu and the villain manages to overpower her and kill her brutally.

How many types of Supreme Kai are in the Universe?

Normally there are three SupremeKai in each universe, but after the attack of Dabura, the king of demon ring two become inactive, and the third supremekai is only left supremekai, which is Shin.

How many Kais are there in Dragon Ball Z?

There are five Kais known as gods of creation; they are the kings of an area of the universe in the series of Dragon Ball Z. In all five, four control a particular quadrant of the universe, and the fifth one is supervising them.

Which Kai is the strongest Kai?

Grand Kai is considerably known as the strongest Kais globally, and grand kai is the greatest fighter in the whole universe.

Is the Supreme Kai higher than the Grand Kai?

No, Grand Kai is the higher and powerful then-SupremeKai.

Who is the weakest god of destruction?

If you reach this section, then I think you read this article until the end, and now you can understand supremekai and keep in mind that they are in Dragon Ball Z because they are a god of creation and very powerful and one of the oldest creatures in DBZ.
Now, if you think this article provides you with complete information about Supreme Kai, do not forget to share this article and, if possible, leave your valuable comment below.