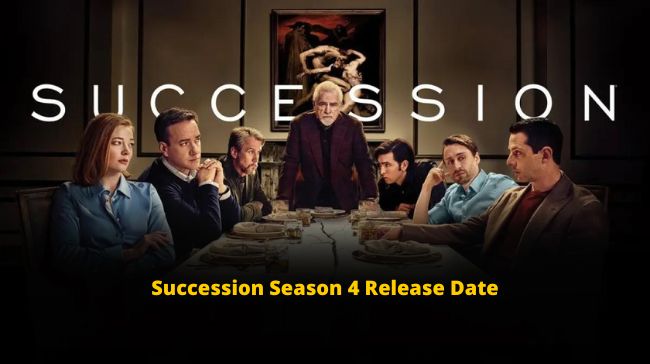 HBO has released details for the Succession season 4 plot, which finds the Roy family striving to finalize an acquisition for the company just as its future suddenly becomes uncertain. Here are all the hot details.

The Roy family, who run the media company Waystar Royco, are the subject of the HBO original series, which premiered in 2018. Logan, the family patriarch, starts to get sick, and his four children compete for business control.

In the dramatic season 3 finale of Succession, Logan once more defeated the Kendall, Shiv, and Roman siblings. And to make matters worse, Shiv’s husband Tom was the one who turned on her, paving the way for a fourth season that will be even more divisive.

HBO has announced the start of production on Succession season 4. The network also revealed the first information about the next episodes’ plots while reiterating that all the prominent cast members will return.

Ten episodes will make up Season 4, although it’s unclear when viewers can look forward to seeing it on their TVs. The summary says:

“Waystar Royco’s sale to tech visionary Lukas Matsson takes place in Episodes 1-10 of the fourth season. When the Roys imagine what life will be like after the sale, the possibility of this seismic sale causes existential turmoil and familial discord. As the family contemplates a future in which their influence in culture and politics would significantly decrease, a power struggle ensues.”

What surprising changes can we expect in Succession season 4?

For the past three seasons of Succession, viewers have watched the Roy family struggle for control over Waystar Royco. Season 4 will examine what happens when the family loses all of its power.

For now, the drama series’ anticipated 2023 return date has to suffice. That date is yet to be out, as filming has just begun. Season 3’s intense ending also leaves many unanswered questions, and it isn’t clear how things will go following the sale of Waystar Royco.

It sounds like the Succession Season 4 plot will be intense & full of the family drama and intrigue that fans of the show will come to love.

We can’t wait to see how it all plays out, nor could the audience. Production has just begun, so we can’t say for sure yet, but it looks like the series will be airing sometime in 2023.

We know that this seems like a long time from now, but our blog can help you in expecting what might happen in Succession season 4 based on these early details. So please read and let us know in the comments what you wish from the upcoming Succession season 4 plot.

Read More – Stranger Things Season 4 Theory: Is Eleven The Creator Of Upside Down?