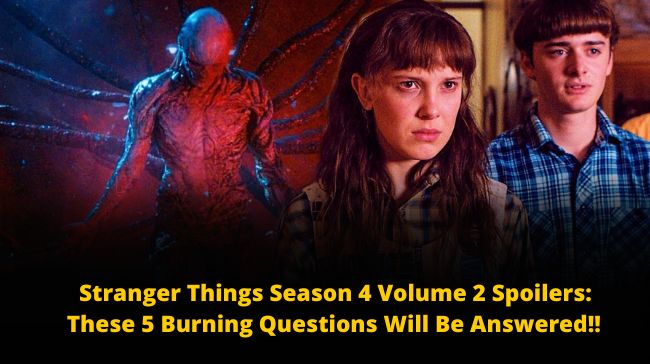 On May 27, Stranger Things 4: Volume 1 debuted on Netflix, and we’re still reeling from it like a roller skate to the face. There was so much going down in seven episodes.

Although the Stranger Things 4: Volume 2 premiere is not far away (the fourth season volume 2 releases on Netflix on July 1), there is a lot of unfinished business to take care of.

So, on high fans’ demand, Sassyshows is here with some latest Stranger Things Season 4 volume 2 spoilers. Here is all we know.

As per the latest Stranger Things Season 4 Volume 2 spoilers, the upcoming episodes will answer the following questions:

What is Will’s painting of?

Early in Volume 1, we see Will painting a large project that he never shows once completed.

This scene has sparked online speculation as to what this painting may represent. Some believe it could be an image of Eleven herself, while others feel it might depict some secret message between Will and Eleven.

According to a voiceover from Eleven, he “refuses” to show her what he’s working on, which makes her think it’s for a girl he likes. On the other hand, we see Will avoiding a girl who approaches him in class later in the episode.

Fans wondered if the artwork is of or for Mike and if Will had romantic feelings for his buddy since Will took it with him to meet Mike at the airport.

Does Will have feelings for Mike?

While it is unclear whether or not Will has feelings for Mike in Stranger Things season 4 vol 2, the answer may slightly surprise you. 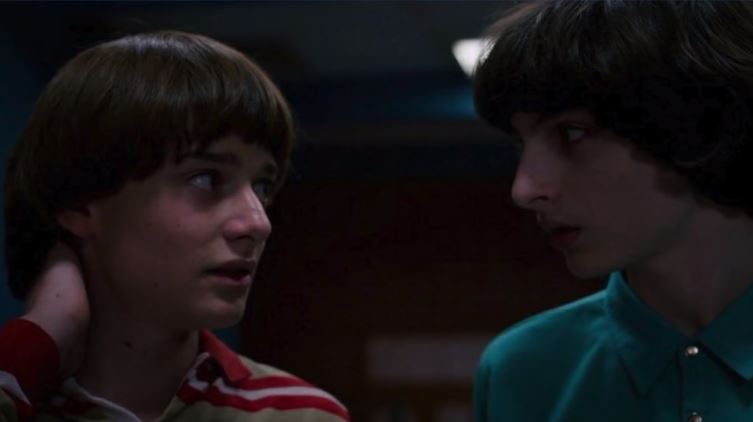 He explained that while things didn’t work out between them at the end of the last season, there might be some potential in future seasons.

Will Nancy and Steve get back together?

Many quietly flirty moments between the two in the real world and Upside Down demonstrate that Steve and Nancy’s chemistry has stood the test of time.

Will Jonathan break up with Nancy when it’s all over and there are no more monsters to fight? And will Steve and Nancy confess to still having emotions for each other?

We won’t know until Stranger Things season 4 volume 2 comes out, but Nancy and Steve may get back together. They did have some good moments in the first season of Stranger Things, so there is a chance that they might try to repair their relationship.

However, since this show is Stranger Things – a supernatural thriller – anything can happen!

Why is the Upside Down frozen in time?

Hawkins Lab caused the Upside Down to freezing in time in Season 4 of Stranger Things. The lab’s experiments went awry and opened a portal into the upside-down world. This leaves the children trapped inside stranded, as well.

The Upside Down has always been one of Lovecraftian horror’s most recognizable places, so it makes sense that its appearance would be front and center during this particular season of Stranger Things. Fans will get their first glimpse at what happened inside the upside-down world when Eleven ventures through it in Chapter 2, titled “The Gate.”

While we don’t know what will happen next on Stranger Things, we can safely assume that things won’t be going back to normal anytime soon!

In season 4 of Stranger Things, Nancy and Max are trying to stop Upside Down from entering our world again. However, their plans hit a snag when subjected to Vecna’s Curse. This mysterious force causes anyone who speaks his name or hears him sing to lose sanity and die horrible deaths slowly.

Fortunately, Dustin can break the Curse by singing along with Vecna on his bike while he’s possessed.

Unfortunately, it’s unclear if this will save Nancy and Max or if they succumb to the Curse like everyone else. We’ll have to wait for Stranger Things Season 4 Volume 2 to release for that answer.

So these were all the Stranger things season 4 volume 2 spoilers that we could give without spoiling your excitement for the series. We all are eagerly waiting for the upcoming season! There is more yet to come…. Let’s wait for the season to unfold!

Read more:- Why Peaky Blinders Season 7 Will Be Better Than A Movie? Which Will Be A Better Ending?