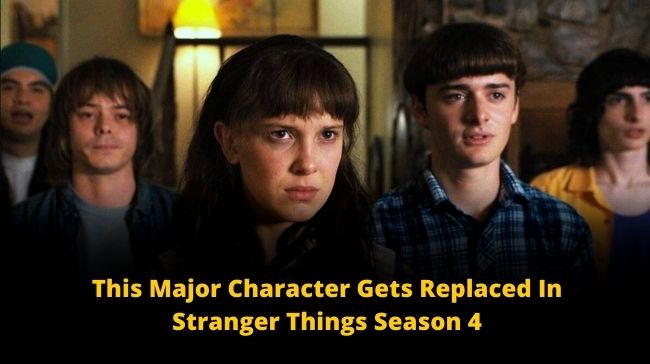 In an attempt to break up with their nerd roots, this Stranger Things character recruits an unlikely ally to play DnD with the Hellfire Club.

Stranger Things Season 4 begins with the Hawkins gang adjusting to high school after surviving the terrible battle with the Mind Flayer after Season 3.

Except for the Dungeons & Dragons players of the Hellfire Club, Dustin, Mike, and Lucas don’t fit in well with the other high school students.

But Lucas believes he may have an in with the popular crowd as a fresh member of the Hawkins basketball team, which puts him at odds with his dice-rolling best friends. Lucas naturally does not want to be bullied any longer and hopes for a chance to have a more regular high school experience with his pals, but Dustin and Mike regard it as a complete betrayal of their characters.

This event sets up one of Stranger Things Season 4’s first character conflicts, as Lucas begs Mike and Dustin to convince their eccentric new dungeon master, Eddie, to postpone the game and attend the championship game.

But Eddie’s persona is too dynamic and intense for the two other friends to overcome.

Mike and Dustin try to postpone the game to support Lucas, but Eddie pressures them to find a new player, and they end up recruiting Erica, the younger sister of Lucas.

Stranger Things Season 4 Volume 1: The twist in the story!

Erica triumphantly returns to Stranger Things to salvage the campaign, much to the chagrin of Dustin and Mike.

As she goes toe-to-toe with the Hellfire Club ring leader, the fiery fan-favorite brings all of her attitudes to the DnD table.

Mike and Dustin were concerned about how a recruit would be received, but Erica’s bold and “no-nonsense” approach blazed through as she put Eddie in his place. She immediately demonstrates that she is no slouch when it comes to DnD.

Of course, neither sibling takes a beat as Lucas scores the game-winning point for Hawkins and Erica rolls the natural 20 that eliminates Vecna (at least in the game anyway).

Everyone congratulates them, but Lucas’ joy is short-lived when he realizes his pals have replaced him with his younger sister.

Unfortunately, Lucas witnesses his buddies leaving their session with Erica. Lucas realizes that his buddies aren’t enthusiastic about his newfound interests or prospective celebrity.

It’s not surprising that Dustin and Mike chose DnD over going to the game despite Mike staring at the show’s start that he and he had never cared about popularity.

Saying that replacing someone with their sister is a bit of a low blow, so it’s not surprising that this sparks a new schism within the Hawkins gang.

Mike and Dustin’s decision to dump Lucas encourages him to stick with his new comrades, even if it goes against his will.

However, before the end of Stranger Things Season 4 Volume 1, the friends must reconcile since they will need the full party and all of Erica’s courage to vanquish the actual Vecna.