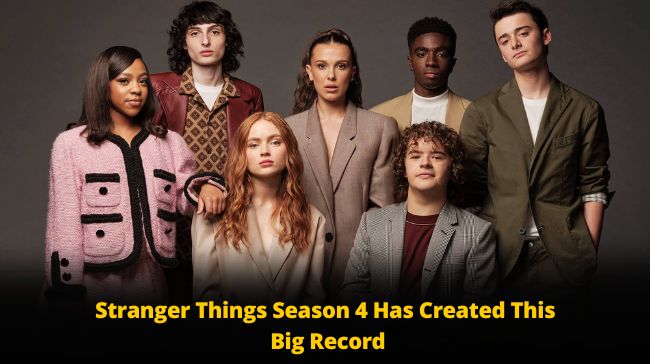 Finally, Stranger Things Season 4 Volume 2 is out on Netflix, and the OTT streaming service had a brief outage after the new episodes were made available.

Not only that, but the Millie Bobby Brown-starring program made television history by being the first to reach 7 billion viewing minutes in a single week.

Whoa! The Duffer Brothers wrote and directed the show, which had a huge fan base. To read the scoop, scroll down below.

Stranger Things Season 4 Has Created A New Record On Netflix!! A group of young children from Hawkins, Indiana, are featured in ST, a science fiction program that probes paranormal and covert government activities.

On May 27, 2022, the producers released Volume 1 of Season 4, and since then, fans have been raving about the plot and how masterfully the writers have carried the story into the current season.

Returning to the subject, the OTT behemoth Netflix experienced an outage yesterday following the release of Stranger Things Season 4 Volume 2.

According to Pubity on Instagram, the show made history by becoming the first to reach 7 billion minutes of viewing time in a single week. That is the influence of this outstanding cast and compelling plot!

The show’s upcoming episode, which also happens to be the last in line, has not yet been announced. Yes, the Duffer Brothers announced that the fifth season would be the final one quite some time ago.