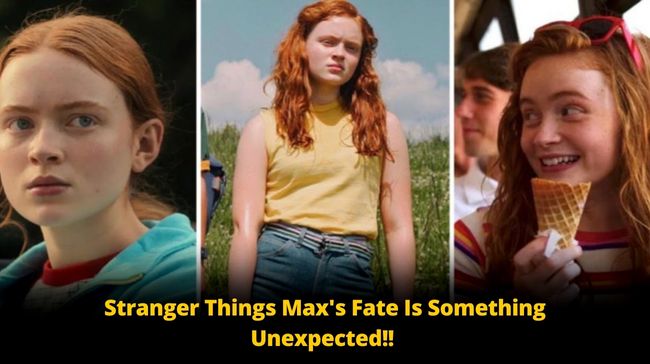 Stranger Things fever does not seem to end any sooner with all the upcoming news about Volume 2, which dropped recently on Netflix dated 1st July 2022. This release got Netflix’s servers crashing for a while (as mentioned by some sources). Such a bumper opening was possible only when the fan’s house could be on its toes waiting for it!!

Though the new volume was a boom, Stranger Things Max‘s fate is something confusing for the fans. So, what will be Max’s destiny? Here is all we know.

With the release of Stranger Things Season 4 Volume 2, we have answers to many of our questions but have raised a pile of new ones too

The fan theories have more certain possibilities, giving us a comprehensive set of permutations and combinations that can happen in the upcoming Season 5.

Titled the end of this series, Stranger Things Season 5 is expected to ensure the demise of the Big Bad Vecna—What do you think, guys?

But what about other characters of our favourite horror series, Stranger Things!!

The creators of the show The Duffer Brothers have been on a killing spree in Stranger Things Season 4, and we are very sad about it. The most heartbreaking demise was of Chrissy and Eddie!!

The fans have been in a state of confusion post Volume 2 after witnessing the current state of Max. Stranger Things Max was introduced in the series in Season 2 along with her cocky brother Billy.

The death of Billy was a powerful tool used by the Big Bad Vecna against Max. At the end of Season 4, we see how Max has been on the verge of death now (all because of Vecna), and the fandom still ponders around her fate. To share a hint with us, we got the Duffer Brothers sharing their inputs about the future of Max!!

In an interview with the Happy Sad Confused Podcast, the creators of this top-listed show were asked about how would Stranger Things Max go ahead in the next season or will it be an end for her here!!

To this, the Duffer Duo responded, “Right. Yeah, she’s brain-dead, but she’s alive. Brain-dead and blind.” Ross Duffer added, “And all of her bones are broken, but she’s doing great.”

We are very hopeful with this, assuming Stranger Things Max would have an essential and significant role to play in Season 5, leading to The Big Bad Vecna. Let’s see how the show reveals itself and Ymir’s main characters, who are still saved for the future in Season 5!

It looks like further, the series has a lot more to reveal. Though the details for further have been very vague, the creators have promised that there are so many directions the story can head further.

Lastly when Matt Duffer said, “As we move into Season 5, There won’t be a reset from where we finish this season!”

Drop in the comment section about what you think of The Stranger Things Max. How much we love our audience sharing their views with us. Stay tuned, guys!

Read More – Stranger Things Will & Vecna –  Are they Connected???