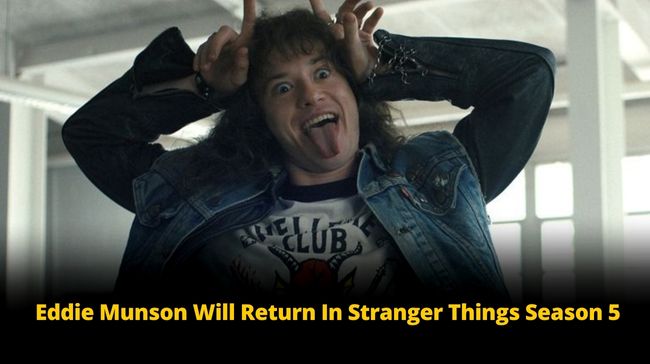 Stranger things season 4 is out now, and we have had it all coming from the town of Hawkins…! It is on the verge of the gruesome merging with the Upside Down realm, and this is so saddening.

With Stranger Things Eddie Munson‘s death, every fan is devastated and they are hoping for his return in the new season. But is it possible? Here is all we know.

With Stranger Things Season 4 Volume 2 up on Netflix, the fans have witnessed a series of gruesome murders and deaths in our Happy Hawkins!

Theory of the Return of Stranger Things Eddie Munson

We came across many theories by the fanhood, where the return of Stranger Things Eddie Munson was plotted, but not all hold the concrete grounds.

One of the theories that took our attention was that it worked on the grounds of Dungeons & Demons.

This theory shares how Was – the pure ally to D&D Vecna, turns out to be against D&D Vecna. An approximation to this part could also be seen in Stranger Things Season 4. And it’s not just this part that took our attention.

Also, in the realm of D&D, when Kas is in the fray of defeating Vecna, he is thrown into the multiverse and later transforms into a Vampire. Now here is the catch.

There is a possibility that the shown death of Eddie, whereby the Demobats bit him, could / may be transformed Stranger Things, Eddie Munson, into a Vampire.

So technically, Eddie is dead, but so are Vampires considered to be!! But this theory also raises many questions like, if the bites could transform Eddie into a vampire, what about his right-hand partner, who the Demobats bit??

Though the Duffer Brothers have said it on record, during one of their interviews, that Stranger Things Eddie Munson is dead, we all know how well this duo dodges the conversations.

So there could be an unexpected twist in the upcoming Season Five, where we might have our sweetheart Eddie back (though not in his original form).

We are eagerly waiting for the drop of the Stranger Things Series Finale to witness how the fanhood theories consolidate or are put into action by the Duffer Brothers, as we are sure they, too, would be reading these great pieces; of work by their fandom!

The ultimate question arises whether Stranger Things Eddie Munson resurrects and takes over Vecna AKA Henry AKA 001, in the final battle!

Do let us know your views! Follow us for more such updates!