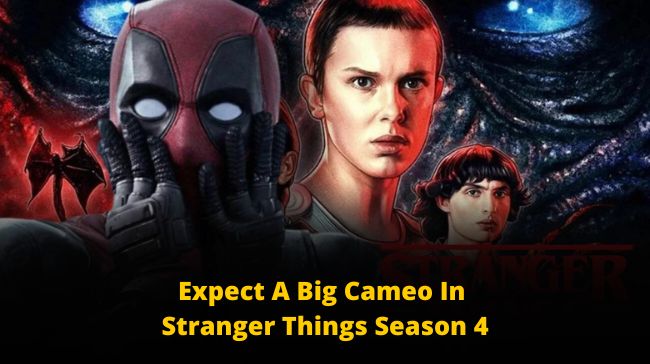 Ryan Reynolds, who is a household name, has been consistently on-screen since the ’90s. The executive producer and director of Stranger Things, Shawn Levy, and his fellow Canadian Ryan have worked together and delivered the super-hits Free Guy and The Adam Project. These projects have gained incredible success.

BC Boy Ryan Reynolds has received lots of love from Shawn Levy and the latter has been looking forward to the two of them working together.

The Canadian Producer / Director & Actor Shawn Levy is all set to work together with the three times People’s Choice Award-winning actor Ryan Reynolds on Deadpool 3.

“It’s like a miracle,” said Levy regarding the process of working with Reynolds.”I want to see a Ryan Reynolds cameo in anything,” Levy said in an interview.

“The truth is, my career over the past half-decade has been defined by Stranger Things and my collaborations with Ryan, so it would be deeply trippy but satisfying to see my two worlds collide.

This clearly gives us an unhidden hint that Shawn Levy is inclined to pick Ryan to play a Stranger Things cameo role and the latter could be seen saying “Don’t tell me the odds!!”

This dark and mysterious series was incepted in 2016 on Netflix, where we have witnessed immense events happening around the fictional town of Hawkins.

Stranger Things Season 4 is setting records on Netflix already, making it a successful return of any series one could imagine. The apparent embrace of the horror genre from Season 4, continues to keep Stranger Things unique.

Currently, Stranger Things Season 5 is expected to be the finale of this Netflix original series.

Shawn Levy with his entire team has been bustling hard to ensure that it matches up to the viewer’s expectations and leaves its mark!!

Though it stays unsure for now, it will be no surprise if we anytime now see our favorite star Ryan Reynolds is a part of our binge-watching series Stranger Things on Netflix.

Witnessing this team of two together on the screen is definitely something we are looking forward to. Let’s wait and watch whether our Red Notice Guy is seen on the Red Screen for Stranger Things!!!

As the first part of Season 4 has already made a show, the second part of Stranger Things Season 4 is set to hit Netflix on July 1st, 2022.

Excited to see Ryan in the Stranger Things cameo role? Tell us in the comment section.

Read More – Will Nancy And Steve Get Back Together In Stranger Things Season 4?