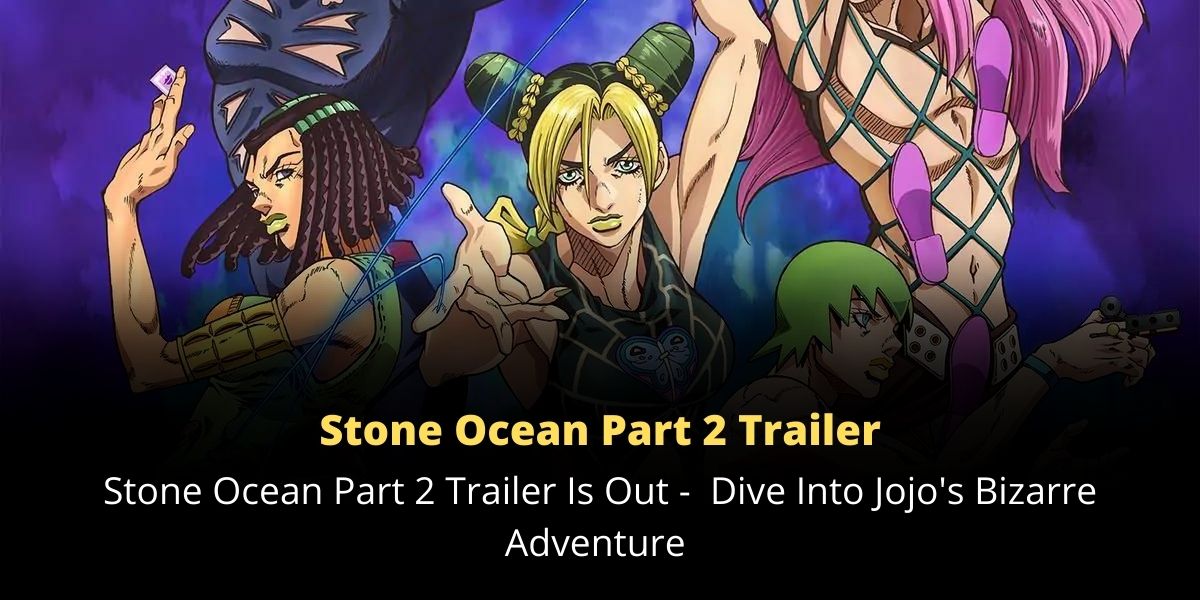 Stone Ocean Part 2 trailer is here. So when are the new episodes dropping? Here is all we know.

The new trailer was released online by Twitter user @JJBCP_FR after the Japanese airing of Episode 12 of the Stone Ocean anime. The trailer does not reveal a launch date for the new episodes, which is slated to be revealed on March 26 at a Netflix Anime event.

While the show is broadcast on a weekly basis in Japan, Netflix, the series’ exclusive distributor outside of Japan, has elected to release new episodes in batches.

On Dec. 1, the streaming service released all 12 episodes of the series at once, and overseas viewers had to wait 11 weeks for the Japanese broadcast to catch up in order to learn about the show’s next batch of episodes.

On March 26, when Netflix hosts an “Anime Japan Festival” Livestream on its official YouTube channel, more details regarding the next batch of episodes are scheduled to be disclosed.

Fairouz Ai, the Japanese voice of Jolene, and Mariya Ise, who plays Foo Fighters in the anime, will appear on the webcast.

New announcements for a number of other Netflix-exclusive anime series, including Ultraman, Baki Hanma, and Kakegurui, are expected at the event.

Jolene Cujoh, the daughter of Jotaro Kujo, the protagonist of Stardust Crusaders, is the new Joestar family member at the focus of this story. After being falsely accused of causing a fatal drunk driving accident, Jolene is sentenced to prison.

She learns of her talents as a Stand user after a visit from her father and is drawn into a fight with the prison’s chaplain, Enrico Pucci, who is a passionate devotee of her family’s everlasting rival, Dio. In 1987, Weekly Shonen Jump published the first issue of the highly stylized and meme-able franchise.

With over 100 million copies in print worldwide, Araki’s multi-part epic is one of the best-selling manga series of all time.

In North America, VIZ Media localizes and publishes manga. Following the conclusion of Part 8 of the plot, the manga series is presently on hiatus, though it has been confirmed that Part 9 will commence whenever Araki returns from his leave.

So, are you excited about Stone Ocean Part 2? Let us know in the comment section.

Also Read:- Marvel Movies Coming Out In 2022 – Get Ready For The Ultimate Dose Of Entertainment