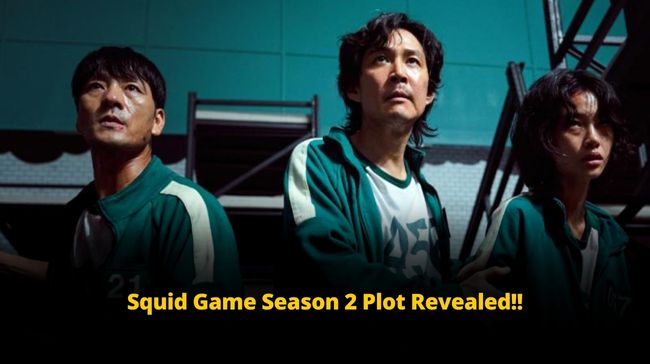 The fans have loved this series with all their hearts and have gone head over heels for it every subsequent episode. The climax and the twists and turns of this series have ensured that the viewers remain hooked to it till the end!!

Every progressing episode created excitement to another level which even Netflix acknowledged, and thus this series was on the Netflix Top 10 chart for a very long time!! So, now, the wait is for Squid Game season 2… Here are some latest updates!!

The story of this series is about a group of impoverished citizens from South Korea who are urged to win a massive cash prize and thus participate in a series of deadly games, which are breathtakingly dangerous!!

Every episode of the series ensured that the viewers were in a cliff-hanging situation!! The End is the New Beginning

Lee Jung-Jae, who was the center character of Seong Gi-hun in Squid Game Season 1, is the final winner of the game. A changed man, post the victory, Gi-hun is on his way to meet his family in the U.S.

He aims to prevent other such impoverished people from participating in this game! That’s where Squid Game Season 2 takes over!!!

Not revealing many details, the creator said that Squid Game Season 2 is not based on a response to the reactions received from the people on Season 1.

With all the details we have, it indeed seems that Squid Game Season 2 might also have a set of new participants involving themselves in the deadly series of children’s games, but Gi-hun will remain the story’s main character. He might try to reveal more details about the creators of this lethal game show and will try to uncover the back end of it.

With the success of Squid Game Season 1, the expectations of the Fanclub are immensely high, and they are expecting the same level, or maybe a higher level of excitement from the second installment as well.

Now the critical parameter is that the creator of the show, Dong-hyuk, should be able to meet the expectations of the viewers. If this happens, then we are pretty sure that Squid Game Season 2 will be more popular than Squid Game Season 1!!

Wait for some more exciting updates on Squid Game Season 2!!