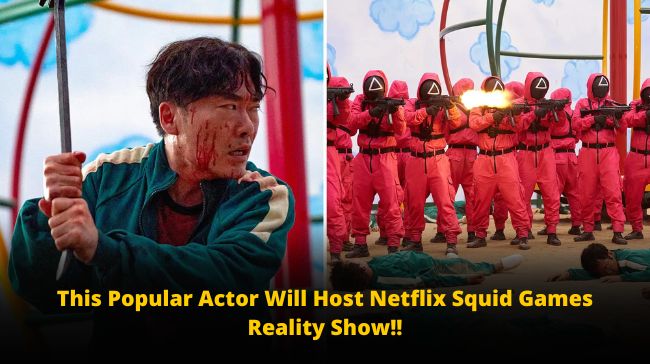 We do have some Squidy updates to share with you!!

Recently, Netflix announced that our favorite Squid Games has a green signal for Season 2, and we are still to overcome the joy of it when we have another reason to celebrate!!

Moreover, the fans are even more excited as the streaming giant has announced the Squid Game reality show. So, here is all we know.

After Squid Game Season 2, Netflix has given its green signal to “Squid Game: The Challenge,” a reality show, a real-life competition that will feature the most extensive cast who will compete for the biggest cash prize of $4.56. Million!!!

So not just the largest cash prize, but to win this, we will witness the biggest reality TV cast with 456 contestants participating in the real-life Squid Games!! Isn’t it exciting!!

The recruitment process has begun via squidgamecasting.com. The requirement by Netflix is they need to be English-speaking players.

The Squid Reality Show will have ten episodes and be filmed in the United Kingdom, aka U.K.

“‘ Squid Game’ took the world by storm with director Hwang’s captivating story and iconic imagery. We’re grateful for his support as we turn the fictional world into reality in this massive competition and social experiment,” Brandon Riegg, Netflix VP of Unscripted and Documentary Series, said in a statement. The statement also included that the viewers are definitely in for real-time excitement and twists and turns!!

The promo for Squid Game Reality Show “Squid Game: The Challenge” features the Big Bad unfamous robotic doll of the Squid Games with laser for eyes, but the same challenges that the contestants will have to face are yet not revealed.

Rylan Clark – in for hosting The Squid Game Reality Show Rylan Clark, the English television and radio presenter, a singer, and a model has shown his interest in hosting the Biggest Reality Series – Squid Game Reality Show – Squid Games: The Challenge, and is all up on his social media about it!!

We could have Rylan in for a shot as the co-producer, fans know that Rylan and his mum Linda have given us so many exciting and worth remembering moments on the Celebrity version of the Channel 4 show.

With the biggest hit on Netflix ever – The Squid Games, we are looking forward to the biggest reality show ever – Squid Game Reality Show – The Challenge – and with 456 contestants competing with each other for the biggest cash prize will be a journey to witness. We are so excited about this… Are you??

If yes, do let us know what you want to see on the Squid Game Reality Show.