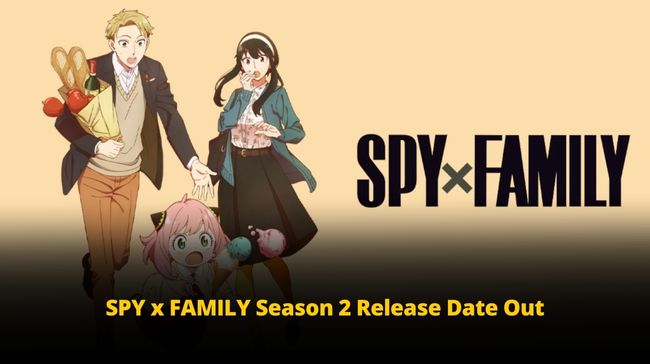 Be ready, as the Forger family is all set to roll again!!! And yes, this time, it will be double the fun.. with Spy x Family Season 2. So, what is Spy x Family season 2 release date, story, and cast? Here is all we know.

All About SPY x FAMILY

Hey fans, do you know that the anime series, SPY x FAMILY, is an adaptation of the manga series by Tatsuya Endo titled SPY x FAMILY?

It was announced in November 2021 that the series would be up for two seasons and would be animated by WIT Studio and Cloverworks.

This Forger family is an absolute stunner! Be it the super dad Loid or the elite assassin Yor or, for that matter, the cute telepathic antics of none other than Anya, every character has its fan following. Believe us; this show has something for everyone!!

From the recent updates on the SPY x FAMILY Season 2 release date, we came to know that the show will be divided into two parts.

The Season 2 of the beloved series which consists of 13 episodes will be available to stream from October 1. There was also a small trailer for Season 2 which was released at the end of August.

Where Can You Watch SPY x FAMILY Season 2?

SPY x FAMILY and its Chapters

The first season of SPY x FAMILY consists of 25 episodes divided into two parts, which aired in Japan from April 9 to June 23, 2022. The second season is coming up with the remaining 13 episodes.

What will happen in SPY x FAMILY Season 2?

The Forger Family welcomes a new member named Bond. We as fans are also very excited to see Fiona Frost in the show. The first look of the show kind of tells a lot about what is coming up next in the show. And well we all know somehow what they hide for us!

The second chapter will feature the same voices from the first chapter! Also, this show will continue to be between WIT Studios and CloverWorks – a fantastic collaboration – already proved!!

With the announcement of the SPY x FAMILY Season 2 release date, we are really excited to fall in love with the Forger family again!! Are you excited too??

Read More – One Piece Movie Red US Release Date Out Now!! How To Stream It For Free?