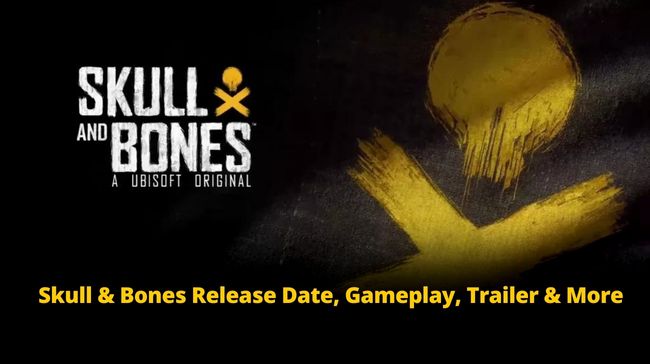 Although recent problems at Ubisoft were worse than everyone suspected, this highly anticipated open-world pirate adventure game has made it — and it’s almost here. We will reveal the “Skull & Bones” release date in this article.

Besides the game’s name and central premise, which has supposedly changed over time, fans have received very little information about it since E3 2017. The game’s eight-year development period was detailed in a comprehensive study published by Kotaku last year. Because of all the obstacles and changes in priority during development, we haven’t heard anything about the title until now.

There are many more details about the game now that it was showcased in an extended Ubisoft Forward presentation. Skull & Bones” finally comes out, and this is what to expect.

For example, the new cinematic video emphasizes the idea of creating your pirate tale and going about your daily life like an exuberant and irreverent seadog.

In the two additional trailers, you’ll learn how to do so. The ship battle clip provides a more in-depth look at what it would be like to command a crew of pirates in the game’s multiplayer mode.

Ubisoft doesn’t appear to have left many questions unanswered, with two different trailers showcasing the gameplay we may expect to see in “Skull & Bones.”

Create your pirate legend in the massive Indian Ocean, where you will be given a tiny ship and the opportunity to make a name for yourself.

The infamy system and looting are unquestionably at the top of your priority list. Still, you’ll also need to keep an eye on your ship’s inventory to ensure it’s always loaded with necessary items.

Weaponry, ammunition, and food for your team are all essential for a successful mission. Forgetting about the final step will result in a rowdy, disgruntled staff.

When is Skull & Bones coming out?

“Skull & Bones” release date is on November 8 for the holiday season. Following a new trend in the gaming business, Ubisoft has decided to exclude last-generation consoles from the game’s release. Neither Xbox One nor PlayStation 4 are now possible.

The game will, however, be available on various platforms, including Xbox One X|S, PlayStation 5, PC, Google Stadia, and even Amazon Luna when it launched in 2019. The Skull & Bones doesn’t appear to have a trailer available yet.

Ubisoft has also confirmed that the game would be priced at USD 70, like many other current-generation titles. Even though it may seem excessive for a multiplayer-focused game, Ubisoft has also stated that there would be no additional charges for post-release updates.

We finally revealed the “Skull & Bones” release date. Don’t worry if the notion of multiplayer sends shivers down your spine.

You’ll be required to join PvP servers if you want to play. There is nothing to fear but other imaginary pirates for those of you who dislike the idea of having your maritime fun disrupted by genuine individuals. Hopefully, the wait of fans will be over soon and it will be worth it…