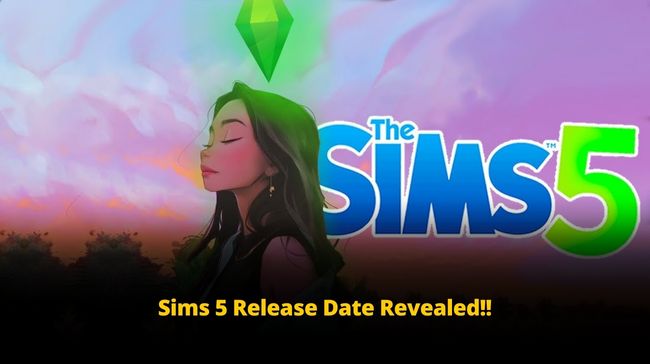 Well, officially, sorry to disappoint you all but the news of the Sims 5 release date is still not decided.

EA has not made any fixed plans related to it. Rumors have been heard that unless EA and Maxis are working on Sims 5, there is no possibility that the game will come out any time soon.

Some time ago, the fansite of Sims, which is simscommunity.info, released a post stating that they need innovative individuals for their game development.

The news was supported by Maxis, the game’s lead developer, and has ignited hope among its fans for its new part.

However, Maxis executive Catherina Mallet showed some different signs. She stated that she is still available for the upgrades of Sims 4 packs and will be looking over for new development in it.

Well, as we all know, we are excited about the new part of Sims; interviews were also conducted for the same purpose over the past couple of years.

They have also pointed to the same conclusion, i.e., Sims 5 will come. In 2020, producer Graham Nardone said that the Sims 4 could still run for quite some time.

Several ideas can be applied, and plenty of new packs in mind can satisfy the hunger of our gamers for quite a long time. In April 2021, EA executive Laura Miele also confirmed that the next generation of Sims is already in progress.

After hearing the above statements, fans were satisfied that their beloved game’s new version would come soon.

Something more about the Sims 5 release date!!

From the above news, it is clear that Maxis still has more new ideas for the Sims new part. Though the engine is getting old, its demand is still high.

With the plethora of content of Sims 4 still in the picture, it is evident that the company has no plans to release the next version sooner.

It is going to take a lot of time. But it’s sure that whenever Sims 5 comes into the picture, it will contain content that will blow the users’ minds. Till then, fans have time to get surprised by the upcoming exciting packs of the Sims 4.

Will Sims 5 come on all the gaming consoles?

Well, the Sims 4 was first released in the PC version. The PS version came after a three years delay. Still, the company made a lot of effort and has made it up to date. However, the company has launched Sims 4 on the Nintendo Switch.

On further being asked, CEO Andrew Wilson stated that the team has no plans for now to release the Switch version. However, the possibilities are pretty high if they find the proper demand. For now, all this will be from our side. Stay connected, follow us, and don’t forget to follow us.