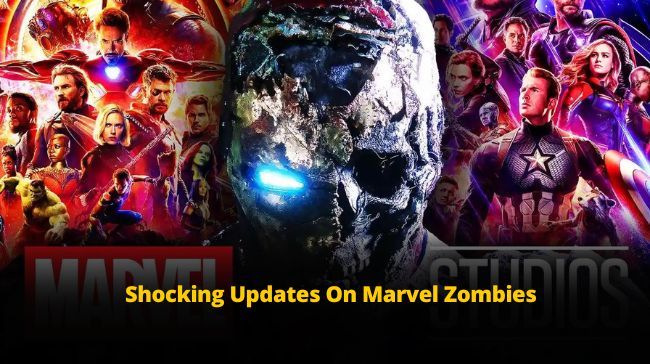 The news is out that the beloved MCU is coming back with its Zombies series. Marvel is always known for its world-class superhero movies and its sequels.

The upcoming Marvel Zombies will be animated and soon be open for the screens.

More information about the series was also revealed. The Marvel Zombies was inspired by an episode of Marvel What if…?

Whereas a deadly plague turned most of our beloved Marvel superheroes into monstrous zombies.

Further, San Diego Comic-Con also revealed the relevance of Marvel Zombies with What if?

Relation of Marvel and Marvel Zombies with the anime

Although Marvel has released many films and tv series, the anime sector is one they are not used to.

The first animation series released by MCU was What if? Which depicted the possibilities of alternate timelines. The series was successful, with our favourite heroes playing different roles in the other timelines.

The series also tribute our fallen star Black Widow from the main timeline. One of the most popular What If episodes were the apocalypse of Zombies on planet earth.

The stars involved in the upcoming Marvel Zombies

What If? A version of Marvel has already included our most beloved stars as zombies.

Of course, the upcoming Marvel Zombies will contain the more lethal content. The Zombie version of Hawkeye, Captain America, and Scarlet Witch will return along with the other MCU heroes.

The new joins will be Captain Marvel, Ghost, The Abomination, and even the Eternal Ikaris, whose physical strength will not be able to resist the Quantum Virus.

Survivors of the Marvel Zombies

Few survivors made their way through the apocalypse of What If? and were trying to save the planet. The band of survivors includes Ant-Man (Scott Lang), Spiderman, and Black Panther.

What If…? vs Marvel Zombies What If..? episode of Marvel consists of an abundance of MCU characters, with nearly all the voices of characters played by their current live-action hero.

The only exceptions were Spiderman and Captain America, whose voice was played by Hudson Thames and Josh Keaton.

The list of names of characters in Marvel Zombies is still unannounced, with the only exception of Shang Chi, whose voice will be played by Simu Liu.

The storyline of Marvel Zombies will take place in the alternate timeline of What If? Viewers’ reaction after reading this is already at its peak, and they can’t wait for 2024 to come when the series is released worldwide.