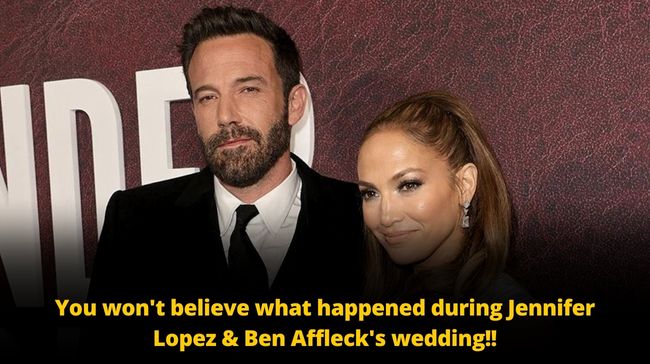 Hey Fans, Do You Know Who Jennifer Lopez Is???

Famously known as J.Lo, Jennifer Lopez, AKA Jennifer Lynn Affleck, is an American singer and actress but most loved as a dancer. Her first appearance was as a Fly Girl dancer, in 1991, on the sketch comedy TV series. She was a regular there and decided to move ahead with her acting career in 1993.

How many times have Jennifer Lopez and Ben Affleck tied the Marital Knot??

In their respective lives, Ben Affleck’s marriage to Jennifer Lopez is his second one after he divorced Jennifer Garner in 2018. For Jennifer Lopez, she has been married thrice before tying knots with Ben Affleck. Her previous three husbands were Marc Anthony, the father of her twins, and then it was actor Chris Judd and producer Ajani Noa.

Where did Jennifer Lopez and Ben Affleck have a relationship history together?

Yes, fans. Jennifer Lopez and Ben Affleck had been dating each other back in 2000. They starred together in Gigli – in 2003 and Jersey Girl – in 2004. But the dating didn’t move to wed cards at that time!!! But times have changed now!!!!

Are Ben Affleck and Jennifer Lopez together?

Oh, absolutely…!! The lovely couple is very much in love as on date, and this celebrity couple was officially married last month in Las Vegas.

The couple said “I Do” again this weekend. But this time, it was not in Las Vegas but a celebrated affair with family and friends. As per people’s magazines, this wedding was organized at Affleck’s home, which is outside of Savannah, along with all of their kids and family members. All were present for the proceedings of this beautiful affair this Saturday!!!!

So, Where did the wedding take place?

The wedding venue for the celebrity couple – Ben Affleck and Jennifer Lopez, was an estate in Riceboro. Ga, that belongs to Ben Affleck. This was the place where the couple planned to marry earlier when they got engaged for the first time in 2002.

As per updates on the internet, the estate belonging to the “Tender Bar” star is a beautiful 87-acre compound outside Savannah. The property was decorated for this lavish affair, with a marquee, chairs, and dining tables. Dense foliage and an elegant arrangement of flowers surrounded a white piano.

All dressed in white included an old pal and creative partner of Affleck – Matt Damon, along with his wife, Luciana Barroso. To raise the toast were also Filmmaker Kevin Smith and his wife, Jennifer Schwalbach Smith. The wedding guests included actor Jason Mewes, his wife Jordan Monsanto, and actor Pia Miller with her husband. Then the most important was Affleck’s three children – Violet – 16, Seraphina – 13, and Samuel – 10 with his ex-wife Garner. Also, the Lopez twins, with her ex Marc – Emme and Max, both aged 14 years, witnessed and participated in all the wedding proceedings.

This wedding was an absolutely lovely affair, and we wish the couple all the best for their future life ahead!!