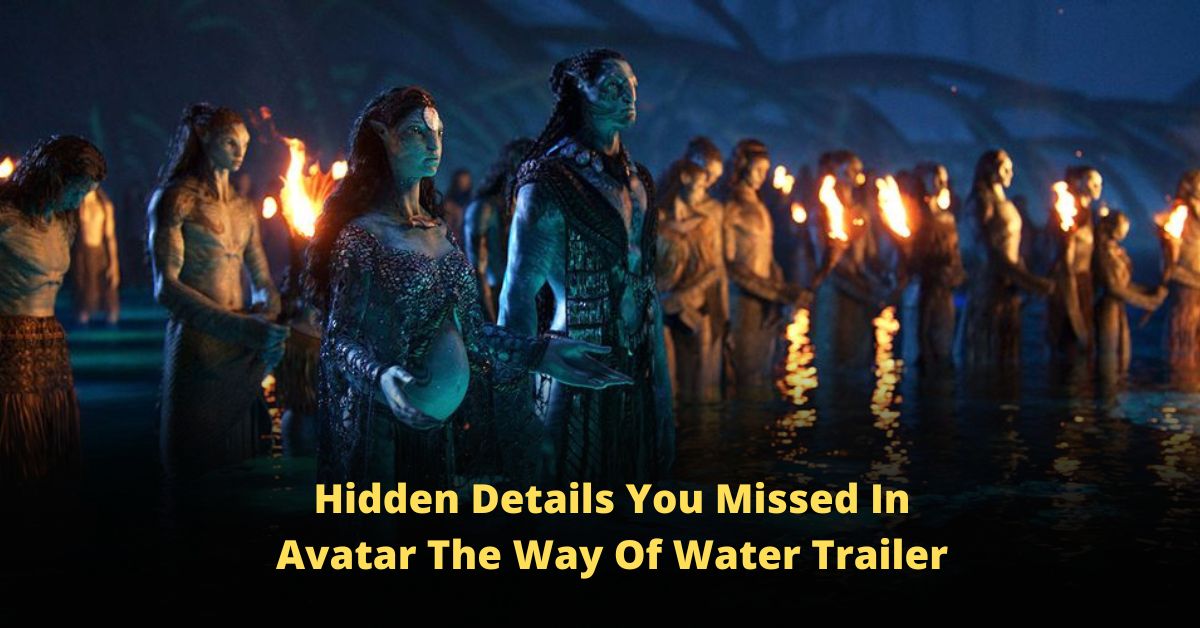 After years of delays, filmmaker James Cameron appears to be on the verge of completing his long-awaited sequel to “Avatar.” The Avatar The Way of Water trailer is finally out, and it’s insane.

It’s been a running joke among movie enthusiasts that the picture will never be released. Still, the December 2022 release date appears to be set in stone. Cameron unveiled a new Avatar the Way of Water trailer at this year’s Cinema-Con to assuage any remaining worries to establish that the film was real.

So, Sassyshows received a first look at the Avatar The Way of Water trailer, and here’s what we know and what we don’t know about James Cameron’s follow-up to the all-time highest-grossing film.

Jake has found peace as a member of the Navy, and he’s even created a family with Neytiri almost a decade after the initial film.

The amazing visuals showcase more of Pandora this time around, with the action going from beautiful forests to the deepest depths. This means new species for the Navi to ride across the ocean, which will be useful when they cope with the Resources Development Administration’s threat.

Kate Winslet takes on the role of a Navi

For “The Way of Water,” Kate Winslet reconnected with “Titanic” director James Cameron. She plays a key character in the widely anticipated sequel: Ronal. The teaser only gives us a brief glimpse of Winslet’s character for about one minute.

She appears to be quite frightened when interacting with another Navi. Avatar the Way of Water trailer shows that her part in the film is a water goddess who assists in a birth-giving ceremony during an interview on “The Late Show with Stephen Colbert” in December 2020.

Parker Selfridge and his Avatar warriors have returned

Even though they pushed Parker Selfridge (Giovanni Ribisi) and his army off the moon after the previous film, humanity still has a presence on Pandora, as the Avatar the Way of Water trailer shows a massive base with a fleet of Scorpion Gunships poised for combat. A pair of avatar troops can be seen striding through the bush with guns, indicating that the firm is still operating its Avatar Program.

Jake’s son is a human child

Among the major changes would be that Jake and Neytiri are now married, which isn’t surprising considering that they elope before the end of the previous film.

They have a few Navi offspring, but their family is unique in that they also have a human baby. Regrettably, it appears that Neytiri holds grudges toward her adopted son.

According to Empire producer Jon Landau, “Jake took him in, but Neytiri regarded him as one of the monsters who had devastated her home and murdered her father. So you’ve got all of these dynamics going on.” Isn’t that going to make supper with the family a bit odd?

What We Don’t Know Yet!!

Stephen Lang’s treacherous Colonel Miles Quaritch, who Cameron stated would be the villain spanning all four sequels back in 2017, was not immediately seen.

Sigourney Weaver, whose character Dr. Grace Augustine died in the original ‘Avatar,’ was also absent. Still, she might be playing a different role.

Among the new cast members, diesel, Michelle Yeoh, Edie Falco, and Jemaine Clement were not properly named in the Avatar the Way of Water trailer. It’s also unclear what the particular conflict or suspense in the remake will be.

So, what you think about the latest Avatar the Way of Water trailer? Tell us in the comment box.