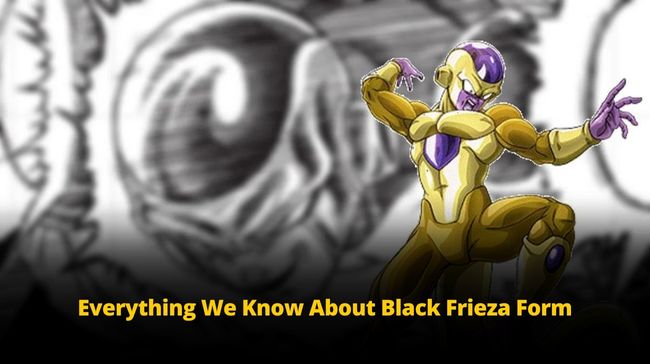 How have you been? Were you waiting for us? Because we were waiting to come to you and tell this little piece of good news we had for all the DBS fans! Yes, you heard it right! Here is all we know Black Frieza form!!

This news has been so hyped on the internet; now it looks like the fans who don’t even watch Dragonball would know about this new update!

Black Frieza’s form is the anime’s most potent form

Yes, guys, even though we couldn’t believe it at one glance, this news is correct. Black Frieza is the strongest form of Dragon ball to date. It had raged fire from the type this manga news is out. It looks like the future of the shonen series is upgraded to the next level!

Any guesses, what would be Black Frieza’s Form?

In Dragon Ball Z: Resurrection, ‘F’ Frieza transforms into Golden Frieza to unlock some of his latent potential against Goku in his Super Saiyan Blue Form. Golden Frieza has control throughout the fight until Goku, and Vegeta figure out their weakness—Ah, but we are already so amazed by the Black Frieza Form!

Black Frieza Form concludes no one is safe in the Universe

Surprisingly, he appeared to end the current arc in the latest upcoming manga series. Frieza revealed he had a new transformation at his back and call. He had been trained to be the strongest villain for years! Dragon ball reveals Black Frieza’s all-new god-level transformation, that’s super stronger than Goku’s Ultra Instinct.

After all, who’s Black Frieza?

Black Frieza form is the mighty supervillain of the manga series created by Akira Toriyama. Let’s say he’s a broker. With his super immense power, he first destroyed Gas. He came from nowhere in the fight. No one expected him to come when The Super Saiyan Vegeta and Goku fought with him. Black Frieza form is also said to be the “worst kind of people”: Scary, huh!

But yes, one thing is clear is that he has a kind speech. His powers are so good thus, makes him the strongest of all.

The best power we love about him is that without touching his opponents, he can lift them up and down and can’t destroy them! Who thought that the potent Gas would be just destroyed by one hit? Oh, Frieza—This is the magic of Black Frieza Form!

Did you know how Black Frieza got this new powerful form? The secret?

His ten years of transformation in the “Room of spirit and time” made him this mighty!

Do you think someone else more powerful than Black Frieza Form can rise?

A big no. That’s not possible. How can it happen? Comment below what you think about Black Frieza Form. Follow us now, so you don’t miss any crazy latest updates!