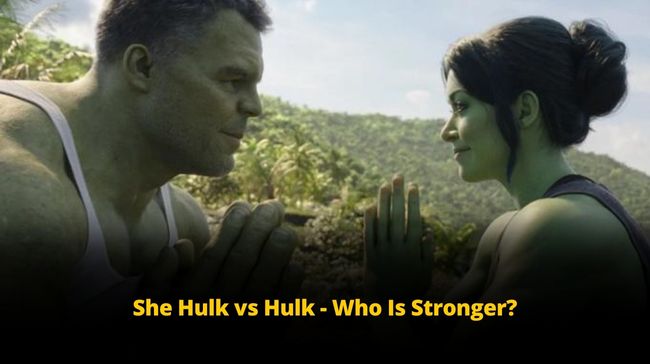 As the pilot episode is out now, we are excited to know more about She-Hulk, her origin, her strength, and most importantly, who is more potent of the two siblings – She Hulk vs Hulk!!!

She-Hulk has been a recurring character in animation and TV shows. But to date, it has never been seen in live action!

But MCU fans have all reasons to be happy about this now as times have changed! We now have Tatiana Maslany, who stars as She-Hulk in the latest Marvel show on Disney Plus, titled – She-Hulk: Attorney at Law.

The stunning She-Hulk is a lawyer named Jennifer Walters and a cousin to our green giant Bruce Banner AKA Hulk.

The story says that once when Jennifer got seriously injured by a crime boss, then a transfusion of Bruce’s blood was what saved her life. Bang!!! This is how She-Hulk came into existence!!! Her anger and gamma-irradiated blood of Bruce played a vital combination, which resulted in none other than She-Hulk!!!

The beginning was the same for both the cousins, fueling the transformation with anger, but sooner Jennifer took control of herself and calmly poised her wits with that green giant look!!!

She Hulk vs Hulk – Who is Better?

It seems that She-Hulk has more control over herself as compared to Hulk!! In the Marvel Cinematic Universe world, fans are likely that She-Hulk Jennifer Walters can be much stronger than her cousin Bruce Banner.

Unlike Bruce, his cousin Jennifer AKA She-Hulk is still herself even when she is the jade giantess. She also controls her feelings and intellect during her transformed self. This is what makes her a powerhouse of both brains and brawn!!!!

Thanks to Captain America and Gamora, She-Hulk is quite a trained fighter, making the opponent think twice before crossing paths with She-Hulk.

After All, Who Can Defeat She-Hulk??

As per history, we have seen that Thor has defeated the big green giant quite a few times. Thus proving that Thor is more robust than Hulk. If we consider these lines, maybe if Jane is given the same power and strength like that as Thor, then there is a possibility that Jane might defeat She-Hulk!!

She Hulk vs Hulk: Oh, She-Hulk is Much Stronger!!

Fans are pretty sure that She-Hulk is much stronger than Hulk as she is a skilled martial artist in her human form, which can prove to be an advantage when she transfers herself to She-Hulk. Also, during her time with Celestials, She-Hulk acquired the ability to use gamma rays as per her will and wish, which takes She-Hulk a notch higher than her cousin Bruce!

Even though they share the same blood, incidents prove that Hulk is not as strong as She-Hulk!

We will keep you updated with more exciting news on the live-action of She-Hulk!!

State tuned with us!!!