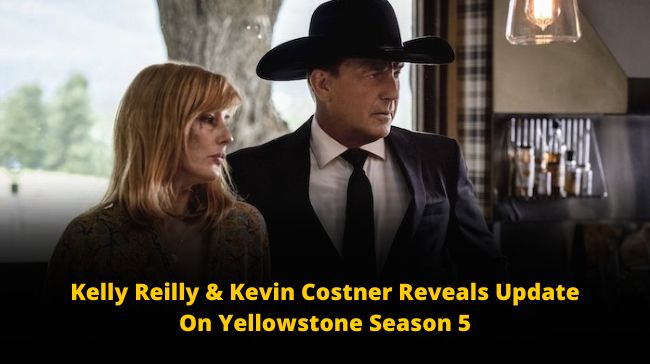 While season 5 of Yellowstone is on the cards, the star cast is constantly teasing new updates to fuel the hype among fans. Here is what Kelly Reilly and Kevin Costner revealed in a recent interview.

The Paramount Network currently has just one original scripted series, but who needs more? Yellowstone has been a rating blockbuster with an average viewership of 11 million people each week.

It was the No. 1 show across broadcast, cable, and premium in 2021. Not surprisingly, Paramount Network has renewed the series Yellowstone for a fifth season, with Jen Landon (Teeter) and Kathryn Kelly (Emily) being promoted to series regulars.

Season 5 of Yellowstone Is Arriving Soon!!

According to Paramount, filming for Yellowstone season five began in Montana on May 16.

This news comes after Taylor Sheridan told Deadline that production would begin in May 2022, which is earlier than previously stated.

We’ve been waiting for what feels like forever, and it’s finally time to see what our favorite characters have been up to.

Characters of the Season 5 of Yellowstone

One of the things that we are most looking forward to is finding out more about the characters.

We already know a lot about the Duttons, but there are still some mysteries surrounding them. We are also curious to learn more about the other families on the ranch and how they are connected to the Duttons.

We are also excited to see the beautiful scenery of Yellowstone National Park. The show always does a great job of showcasing the stunning views, and we can’t wait to see what they have in store for us this season.

Some new faces will join these actors in the upcoming season, like Tanaya Beatty as Avery. Fans can expect to see more of the drama and action they loved last season.

Kevin said, “She is unmanageable,” addressing his co-star, Beth. “There is no morality here, dad. There is keep the kingdom, or lose the kingdom.”

To Kevin’s statement, Kelly replied, “I’m glad you made that distinction that Beth is unmanageable.”

So, it seems they had a lot of fun on the set of season 5 of Yellowstone.

There are many details still unknown about the upcoming season of Yellowstone, including what storylines will be explored and which new characters will join the cast.

However, we know that episodes may feature intense and unprecedented events in recent park history.

So far, it seems that this season will be jam-packed with excitement! So stay tuned if you won’t want to miss any of it!