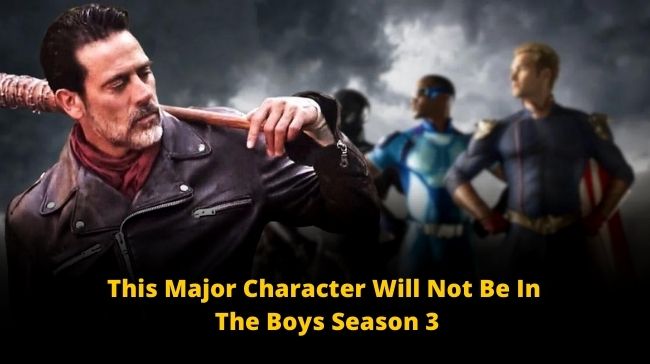 According to showrunner Eric Kripke, Jeffrey Dean Morgan will not feature in season 3 of the Boys. But why? Here is all we know.

When asked if Morgan would appear in any capacity in The Boys, Kipke said, “Morgan is currently the lead, along with Lauren Cohan, on The Walking Dead spinoff.”

“So, in terms of scheduling, I am not sure. Unfortunately, because I asked, we may still be star-crossed. ‘Well, is Jeffrey available?’ I inquired when a role became open.”

Morgan and Kripke previously collaborated on the CW’s Supernatural, which the latter also developed.

The series protagonists Sam and Dean were portrayed by Jared Padalecki and Jensen Ackles, respectively, as the descendants of John Winchester, played by Morgan.

Kripke was the showrunner for the series until the fifth season ended in 2010 when he stepped down. The show lasted another ten seasons before being canceled in 2020.

Morgan is not the first Supernatural alum to be cast in The Boys by Kripke.

In season 3 of the Boys, Ackles will play the superhero Soldier Boy.

“I am not sure what was planned for that, but I know there were some preliminary discussions about how, what, when, and why that did not work out with Jeff’s schedule,” Ackles said.

“He is a busy man, and everyone wants him to appear on their show,” says the producer.

Morgan’s abovementioned scheduling conflict is due to his participation in a different ultra-violent franchise.

He and Cohan, another Supernatural veteran, will star in AMC’s Isles of the Dead, a spinoff to The Walking Dead.

“I enjoy that it is two Supernatural alum in the lead of that show,” Kripke said regarding the upcoming series. “That makes me feel good for our creeping Supernatural world dominance.”

Although Morgan will not get featured in season 3 of the Boys, Kripke had earlier mentioned how much he would love to have the actor in the series.

“At the top of my list is Jeffrey Dean Morgan,” Kripke said. “He is a big fan of the show, an old friend from Supernatural. I would love to get him and Jensen [Ackles] into the same season.

Would you want to see Jeffrey Dean Morgan in season 3 of the Boys? Do answer us in the comment section below!