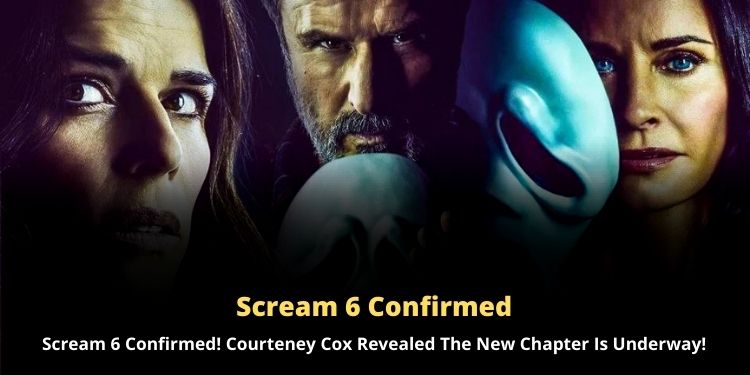 While after Scream 5, the fans have been eagerly looking forward to the next chapter, popular star Courteney Cox has revealed some hot updates on the new part. So, is Scream 6 confirmed? Here is everything we know so far.

Scream star, Courteney Cox has officially revealed that Scream 6 is underway, and she has got her hands-on the official script.

In a recent interview with Variety, Scream veteran, Cox said she has boarding in for Scream 6 and the script has simply amazed her. She further added that this time it would be twice the entertainment, thrill, and darkness.

She not only revealed about her entry in Scream 6 but also passed the ultimate leak that the filming work of the sixth chapter will be starting within three months.

Courteney Cox said, “I got the script yesterday.” She further added, “I got it and I am so excited for Scream new chapter. I know they are gonna start filming I think in June, in Canada.” She then said, “I don’t know if I am supposed to reveal anything. Let me tell you, killer!”

Has The Filming Of Scream 6 Started?

As of now, the shooting work of the new chapter of Scream has not yet started. However, as per the leaks, the script is ready, and popular star Cox has also revealed that the production will kick start in June in Canada.

Scream 6 Trailer – Is There Any Official Trailer?

As of now, the official trailer of the new chapter is not yet revealed. But stay tuned as we will update you once the officials drop a new trailer.

So, if you were wondering about – is Scream 6 confirmed? Hope you got your answers. Make sure to comment about what do you expect from the new chapter of Scream.