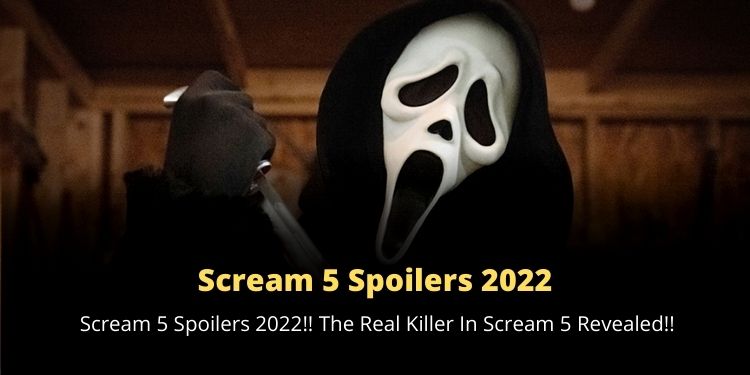 Though the number of dead counts always goes high in the Scream series, yet certain deaths are more hurtful than others, such as Dewey Riley’s, who had to die in Scream 2022. From the first episode of Scream, Dewey has been a major character, and his murder at the clutches of Ghostface in the fifth series is the most heartbreaking.

Dewey’s life has taken a turn for the worst according to scream 5 spoilers. At some time before the movie takes place in the current day, he was requested to step down as Sheriff of Woodsboro. Dewey’s romance with Gale Weathers, who had gone to New York City to work as a journalist on a popular morning program, was likewise over, with Dewey returning to Woodsboro later. After agreeing to assist Sam Carpenter, the film’s lead character, his death became inevitable, as we get to know from scream 5 spoilers.

There are two Ghostface murderers here, just as in the original. The first is Richie Kirsch, portrayed by Jack Quaid, who is the boyfriend of Sam Carpenter, played by Melissa Barrera. Sam is shown to be the hidden daughter of Billy Loomis, the first Ghostface murderer or, more accurately, one of the initial Ghostface assassins.

Amber Freeman (played by Mikey Madison), a companion of Sam’s sister Tara, is the second murderer as per the scream 5 spoilers. Before ultimately showing themselves in the final sequence, this couple slaughters the majority of the new characters and old characters.

What Occurred In The Scream Conclusion, And Where Did It Take Place?

When Sidney and Gale trace the tracker installed on Sam’s vehicle, they are shocked to discover it is the Macher mansion, where the original Scream movie’s third act took place.

Billy Loomis and Stu Macher exposed themselves to be the first Ghostfaces at this location. They attempted to murder Sidney in the kitchen of the Macher residence in order to put their crimes on her father. Several more characters died there as well. As he shouted at the actors on TV, Randy was almost slain by Ghostface. Tatum Riley, Dewey’s sister, was killed by a garage door, and Gale assisted Sidney in executing both original perpetrators.

Scream 5 spoilers revealed that Sidney, Gale, Sam, and Tara all survived. Tara wanted to leave Woodsboro, and Sam would undoubtedly accept the proposal. Before the sisters departed, Sam wanted to ensure that Sidney and Gale were alright. Sidney persuaded Sam that there was still time to live when she enquired about her destiny.

Sam saw Billy one more time as she headed back to her sister as a signal that Sam would have a nasty confrontation in the future. Although she is the victim, she enjoyed the killing of Richie as well. We can speculate from Scream 5 spoilers that there is a scope of her emerging in a future chapter of Scream, but it is not sure which side of pandemonium she will be.

Sidney went back to her spouse and kids after having treatment for a wound. On the other hand, Gale intended to resume writing, but instead of making Amber and Richie renowned, she chose to write about her idol, Dewey.

Who Died In New Scream?

The most tragic death in the whole series may be found in Scream 5. For the time being, here’s a short rundown of every character in Scream 5 who dies:

As we get to know from scream 5 spoilers, Richie and Amber, the Ghostface murderers, are finally slain as well. Though their deaths are also heartbreaking, Dewey’s is certainly a tearjerker! However, he died like a hero! It broke our hearts to see him go, but it was even more terrible to see Gale (Courtney Cox) collapse to the ground wailing for him.

Craven’s first trilogy was comedic, satirizing horror movie conventions and tropes. Scream 4 takes it a step farther by including a meta aspect. The fourth Scream, which was called a “requel” by some, fired back at itself while also highlighting the concept of toxic fandoms.

A fresh set of characters was also introduced in the 2011 film to serve as lookalikes with hidden intentions. Since then, the franchise’s premise has spiraled out of control due to the Stab films. The sequels changed course, as many long-running series do, forcing committed “true fans” like Amber and Richie to return, which made the narrative so special in the first place.

Expectations from the new Scream were quite high and we also felt it after having a look at Scream 5 spoilers, particularly since it was the first film without Wes Craven. Fandoms frequently skew expectations, and the nasty side of those fandoms is to slam sequels and remakes if they do not meet standards like the originals.

As Sidney, Gale, and Sam demolished their distorted views, Amber and Richie reflected the toxicity of individuals who can not distinguish between movies and actual reality. Stab was a film series, but those who lived through the trauma, like Sidney, were ready to point out the reality. Scream 5 spoilers delivered another self-aware debate about the genre that Scream has inspired for almost 25 years in this way.

Is There A Post-Credits Scene In Scream 5?

Post-credit sequences have become a staple of filmmaking, particularly in the realm of superhero films. It nurtures an even wider “if you know, you know” mindset among fans of a narrative by giving a little tip on an element of the movie’s plot or sequel.

However, Scream 5 does not feature any post-credits sequences that provide more insight into the tale. All we learn of the facts are from scream 5 spoilers. This is not the first time such has happened in the franchise’s history.

Rather, none of the prior four Scream films has contained post-credits sequences. The Scream plot, like many others, stops as soon as the film concludes, and it does not seem that this will change in the near future.

Some may speculate that the absence of a post-credits sequence suggests there will not be another Scream film. Although no arrangements for Scream 6 have been confirmed, we can guess from the Scream 5 spoilers that there may be the sixth installment in the future.

Hope you enjoy reading the article. Follow us for more exciting updates on all the movies and shows coming in 2022. Share this article with your friends and let us know about your views on Scream 5.