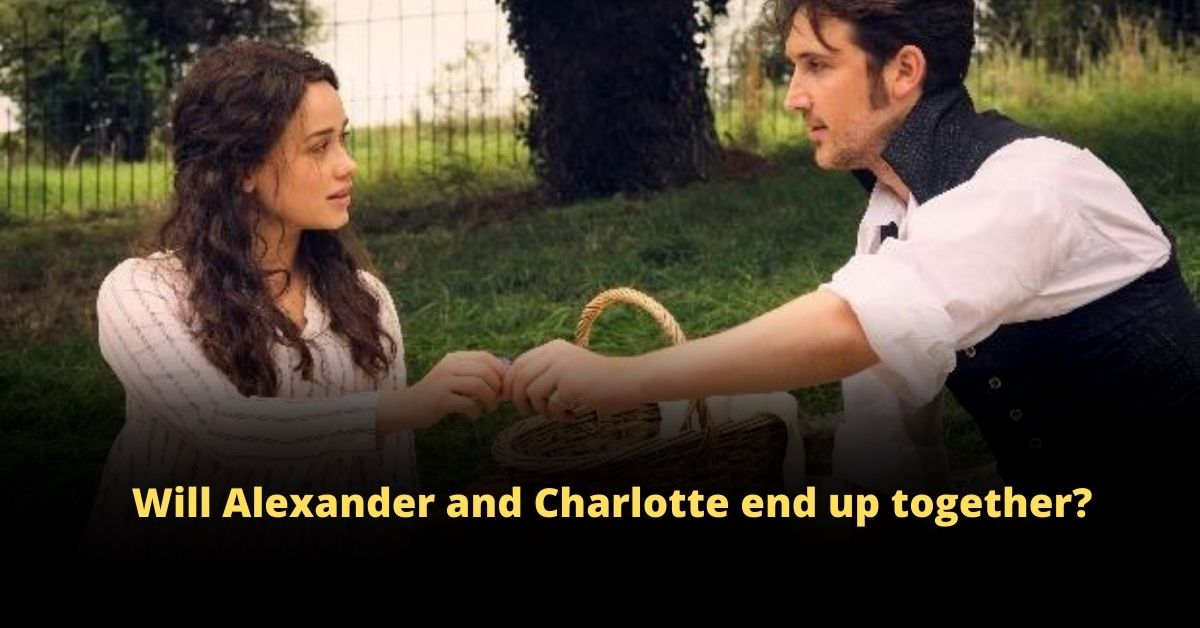 Charlotte and Alexander’s relationship on PBS Sanditon was peaceful and would have been perfect had the widower wished.

But with the duo parting their ways, the fans are still curious to know – will Alexander and Charlotte end up together or not? So, here are some amazing Sanditon Season 3 spoilers.

In the Season 2 finale, instead of asking Charlotte for her hand in marriage, Alexander sacked her as his governess (and sought to rehire her for his niece Augusta and daughter Leo), crushed by Alexanders’ failure to accept their scorching kisses and emotional connection. Charlotte consented to marry Ralph, a local farmer, two months later.

However, it’s turning hard for the fans to accept this. So, many are wondering – Will Alexander and Charlotte end up together in Sanditon Season 3.

In the Jane Austen-inspired series, Ben Lloyd-Hughes, who plays Alexander Colbourne, said that his character not only shattered Charlotte’s heart but also destroyed his own.

According to Lloyd-Hughes, lately, it is his Everest to step out of his comfort zone in that sense and display the vulnerability of what he believes is laying his cards on the table. What struck me the most about Colbourne is that he is a man of immense brilliance, much to his chagrin.

According to Lloyd-Hughes, Alexander’s anxiety and worries about deserved love and offering it in return were exacerbated by Lennox’s nasty remarks about his late wife, Lucy.

Sanditon Season 3 Leaks: Will Alexander And Charlotte End Up Together?

Charlotte Heywood returns to the namesake coastal resort town with her sister Alison in season 2 of the period drama TV series ‘Sanditon.‘

She vows to keep away from love and marriage until she meets two attractive new suitors who take a strong interest in her, still suffering from the tragedy of Sidney’s unexpected death. While Charlotte is underwhelmed by Colonel Lennox and finally understands that he is a con artist, she has a strong bond with Alexander Colbourne, for whom she works as a governess.

Is it possible for Charlotte and Alexander to get together?

In season 2, Charlotte and Alexander do not end up together. When she returns to Sanditon, he hires her to be the governess for his niece Augusta and daughter Leonora.

Charlotte eventually earns the girls’ confidence and becomes a treasured confidante as she prepares them for society. She discovers via them that Alexander is still plagued by the loss of his wife Lucy, who died of loneliness.

Colonel Lennox then cautions Charlotte to keep away from Alexander and reveals that he was in love with Lucy before she was taken away from him, and her life was devastated. Charlotte, while stunned, refuses to trust the colonel’s statements and continues to work for Alexander.

He, too, gradually grows accustomed to her presence and follows her advice to attend social functions downtown with Augusta. When he sees Charlotte and Colonel Lennox together, he urges her to stay away from him.

This causes a quarrel between Alexander and Charlotte, who wants a rationale for his reaction. Colonel Lennox begs her to marry him during the Parkers’ dance. Still, when she rejects them repeatedly, he kisses her hard and threatens her.

Alexander, thankfully, takes her aside from him and comforts her. He then talks about his troubled relationship with his late wife Lucy, revealing that she had an adulterous affair with Colonel Lennox. He deserted her and fled when she became pregnant.

So, fans what do you think will Alexander and Charlotte end up together in Sanditon Season 3? Tell us in the comment box.

2 thoughts on “Sanditon Season 3 Spoilers: Will Alexander and Charlotte end up together? ”