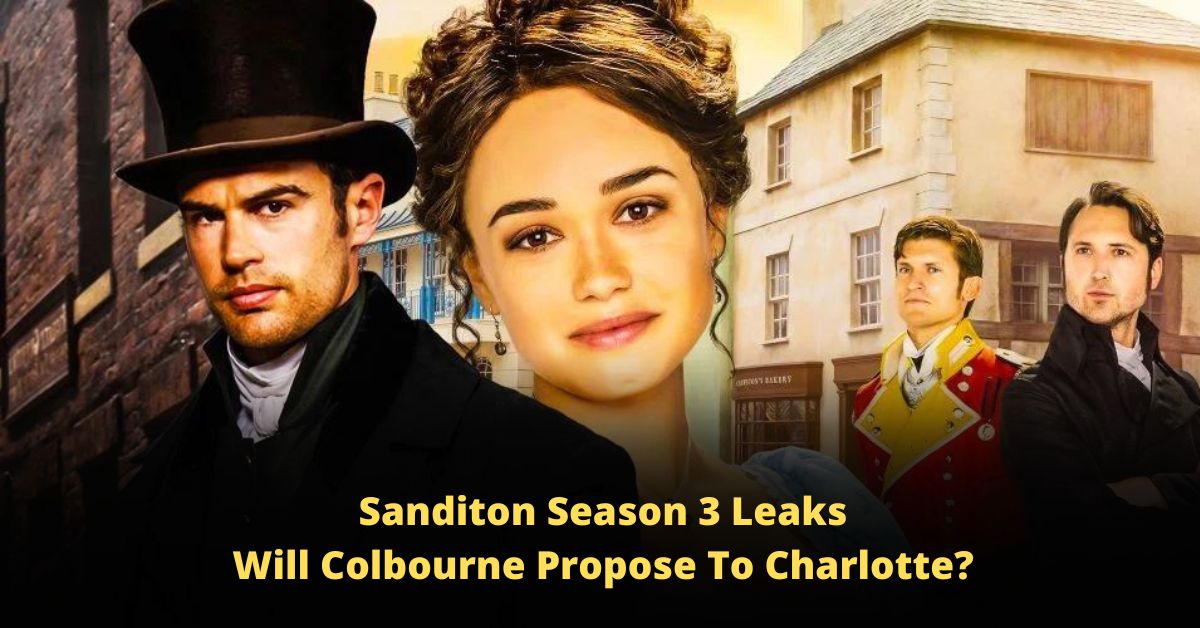 Sanditon Season 2 was loaded with twists and turns. Whether it’s the death of Sidney Parker or the shocking announcement of Charlotte’s engagement, the plot kept the fans hooked all the time. However, as we reached the climax of Season 2, we found Charlotte rejecting her new love, Alexander Colbourne, and announcing her engagement with the farmer, Ralph Starling.

So, will Charlotte marry Ralph or Colbourne will step back into her life? Moreover, where was Colbourne departing at the end of the season, and was he going to propose to Charlotte? If these questions are looming around your mind, here are some awesome Sanditon Season 3 leaks that will stun you.

Sanditon has turned out to be one of the biggest period dramas ever created. Andrew Davies assembled the broken pieces of Jane Austen’s unfinished novel, Sanditon to deliver a jaw-dropping series to the viewers. While the first season turned out to be an instant hit, the second season has left the fans with multiple cliffhangers.

The biggest questions coming out are – what were Colbourne’s intentions during his last conversation with Charlotte? Does he want Charlotte to return to her role as Leonora and Augusta’s governess? Was he there to propose to her? Or once again Charlotte will be left heartbroken? While these questions were haunting the fans, the creators finally opened up. Here are some amazing Sanditon Season 3 leaks that reveal the show’s future.

Sanditon Season 3 Leaks Reveal Why Charlotte Did Not Marry Colbourne!!

One question that is disappointing the fans on every step is why can’t we see the fan-favorite Charlotte living a peaceful life with her love. First, we saw how Sidney broke her heart and now it’s Alexander Colbourne.

In an interview, Sanditon’s creators revealed the real reason why Charlotte has not yet found the love of her life. Justin Young said the fact the show is coming back with the third season defines why she has not found her love. He further adds when Charlotte will get a happy closure with the man she loves, it will also mark the climax of the show.

Young said, “I think in Austen, once the couple is married that’s kind of it. That’s the end of the story. That’s the endgame.” He further added, “Having been brokenhearted by the end of season 1, it would have felt slightly indecent to then go. Ah, six episodes later, she’s completely moved on. She’s got a new happy ending. It’s all fine.” “So, I don’t think she’s quite there yet by the end of Season 2.”

Passing this next statement, Young dropped some major Sanditon Season 3 leaks. He said, “And I think you will see in a year’s time. The complications in Sanditon Season 3 between Charlotte and Colbourne (will) keep you guessing right up to the climax.”

Sanditon Season 3 Leaks: Was Colbourne Going To Propose To Charlotte?

When Ben Lloyd was stormed with the questions coming from the fans, he finally opened up on Sanditon Season 3. So, was Colbourne going to propose to Charlotte?

So, what do you think will Charlotte accept Colbourne’s proposal in the new season of Sanditon? Stay tuned for more Sanditon Season 3 leaks in the future. Happy Watching!!

18 thoughts on “Sanditon Season 3 Leaks: Was Colbourne Going To Propose To Charlotte?”